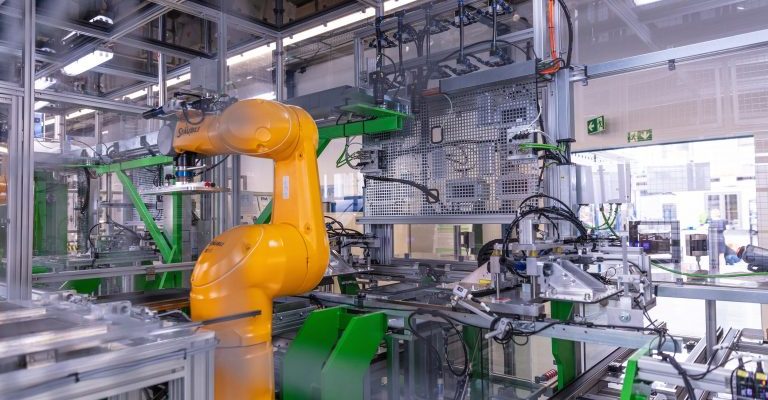 As Europe’s leading designer, developer and manufacturer of hydrogen fuel cells and electric hybrid systems, Proton Motor Fuel Cell GmbH has been an expert in mobile and stationary applications based on renewable resources for over 20 years. For the new collaboration with Aumann AG, the international manufacturer of innovative special machines and automated production lines, agreements have now been reached that essentially define the expansion of series production of hydrogen fuel cells.

Decisive here are the whereabouts and use of the fuel cell stack production plant at Proton Motor. Since 2017, its high-tech has been projected together with Aumann as part of the EU programme Fit-4-AMandA (Fit for Automatic Manufacturing and Assembly) with financing from the agency “FCH JU” (Fuel Cells and Hydrogen Joint Undertaking).

The so-called “stack robot” is to expand the production capacity to up to 2,500 fuel cell units per year. In the Proton Motor system, graphite bipolar plate stacks (English for “stack”) are embedded in a module as the core.

Caption: For the next four years after the end of the funded project, it has now been agreed that Aumann will exclusively convert the Fit-4-AMandA machine prototype into an automatic fuel cell stack production plant for series production at Proton Motor.

Brussels gets hydrogen-powered bus in September