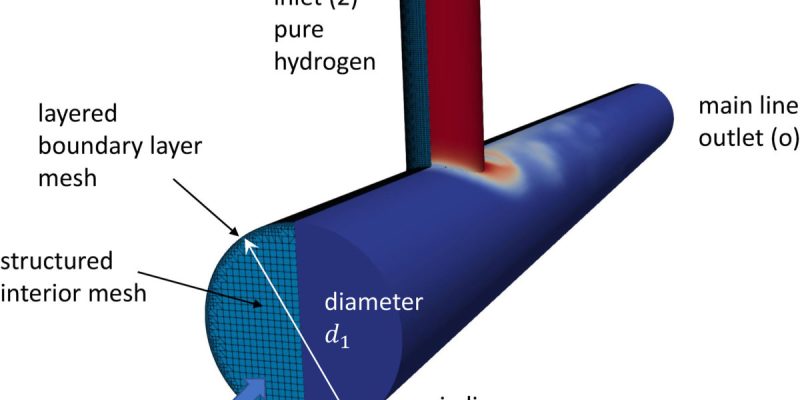 Researchers from University College London claim in a recent study that putting hydrogen into gas networks creates hazards and necessitates a reassessment of conventional blending strategies.

The researchers wrote in the International Journal of Hydrogen Energy, “The significantly inhomogeneous distribution of hydrogen inside the pipe flow and on the pipe walls might suggest the site of probable pipe material deterioration, including embrittlement impacts of gas pipelines.”

They concentrated on the conventional technique of mixing, which involves injecting hydrogen through a side branch into the main gas header pipe (T-junction).

The scientists said, “The low molecular mass of hydrogen lowers the penetration of a side-branch flow and increases the buoyancy forces, resulting in stratification with high hydrogen concentrations on the top pipe surface, downstream of the branch.”