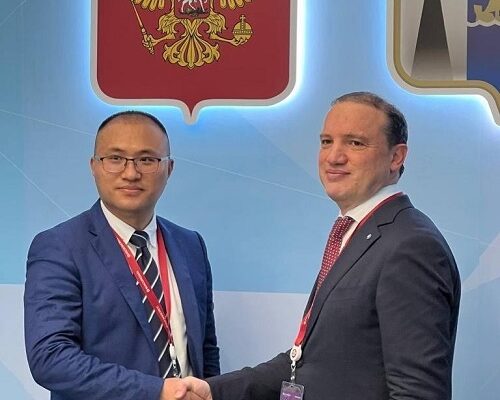 According to Rosatom, a Memorandum of Understanding between Rusatom Overseas JSC and China Energy International Group lays the groundwork for future collaboration on the pilot project of building a hydrogen plant on the island of Sakhalin and establishes the key requirements for new hydrogen export supplies from Russia to China.

Evgeny Pakermanov, President of Rusatom Overseas, on the Russian side, and Song Liang, General Director of China Energy Rus LLC and Gezhouba Rus LLC, the CEEC’s headquarters in Russia, on the Chinese side, inked the agreement on the margins of the 7th Eastern Economic Forum.

As part of their collaboration, the parties will think about carrying out the project together, including setting up a low-carbon hydrogen export from Sakhalin to China as early as 2025.

“Russia and China have a long history of productive collaboration in the fields of advanced technology and nuclear energy; we are pleased that by signing the memorandum with our Chinese friends today, we are laying the groundwork for future cooperation in the hydrogen sector. The facility will begin construction as early as next year, and it will be ready for commercial use in 2025. We are thinking about the possibility of transporting liquid hydrogen in tank containers by sea to China. Our collaboration is yet another step toward realizing our national plans to develop the hydrogen economies of our countries, according to Evgeny Pakermanov, President of Rusatom Overseas, who noted that China is putting into action its own extensive program for the development of hydrogen technology, production, and use projects.