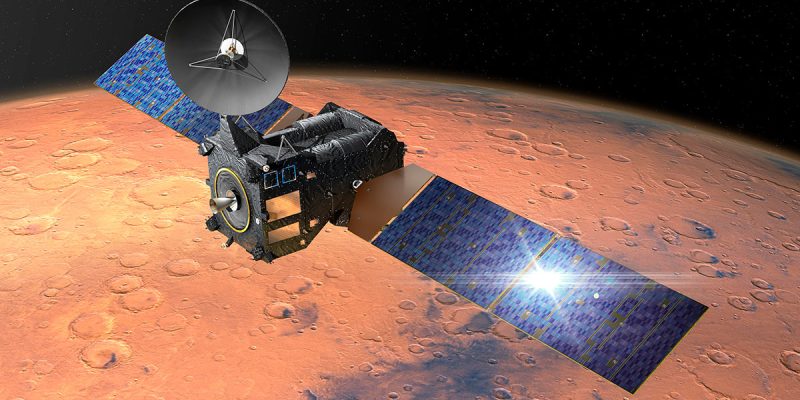 Hydrogen deposits were found in the Martian soil by the Russian Neutron Telescope Friend, which was mounted on the Trace Gas Orbiter of the Russian-European mission ExoMars-2016.

Scientists created a new map of the hydrogen content using photos from the device, on which one can observe both large “arid” regions and odd “oases” where the hydrogen concentration in the soil reaches 20%. If 100% of the observed hydrogen belongs to water molecules, this map enables you to determine how much water may be present (H2O). Water ponds might indicate that the planet is appropriate for hydrogen life. The updated map displays 23 places with a lot of water.

It is stated that the cause of “hydrogen oases” has not yet been determined. According to contemporary theories, open glaciers cannot occur in the equatorial areas of Mars due to the relatively high temperature and low pressure, despite the fact that scientists presume hydrogen is there in the form of water ice.

Two neutron spectrometers developed by the Russian Academy of Sciences’ Space Research Institute are now in orbit around Mars. The first is “Hend” (or Hend), which was carried into space by the Mars Odyssey in 2001. (NASA). The TGO spacecraft of the Russian-European mission ExoMars-2016, which was launched in March 2016, is home to the Frend neutron telescope, which is the second.

According to a study, researchers have found a location on Mars that may have seen recurrent human habitation throughout the planet’s history.