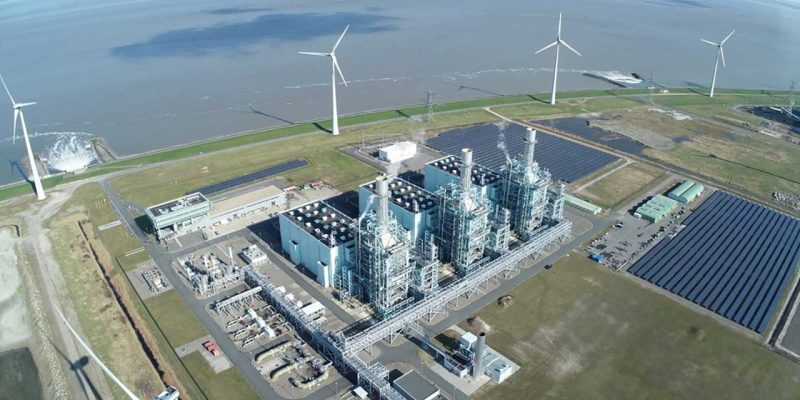 The two companies have inked a corresponding agreement. With an installed capacity of 1.4 gigawatts, the plant, which has been operational since 2013, is among the most contemporary of its kind.

Magnum is located in close proximity to RWE’s existing power station in Eemshaven, a hard coal and biomass-fired facility with a capacity of 1,560 megawatts. RWE therefore anticipates substantial benefits from pooling local infrastructure.

Magnum is already “hydrogen-ready” due to its building design; the plant may be made technically acceptable to co-combust up to 30% hydrogen. Furthermore, by the end of the decade, it may be possible to convert Magnum to use only hydrogen as its only fuel. Magnum supports not just the decarbonization of the Dutch energy industry, but also the local extension of the hydrogen infrastructure in the province of Groningen, a project cluster in which RWE is already actively participating through the ‘Eemshydrogen’ project.

Sopna Sury, COO Hydrogen of RWE Generation SE: “With the acquisition of the power plant in Eemshaven, we are strengthening our Eemshydrogen project cluster. At this site, we want to drive forward the production of low-cost hydrogen at large scale. Green hydrogen is the key element for decarbonizing the industry and thus an important pillar for the success of the energy transition.”

RWE has been developing Eemshydrogen, an innovative project for the ecologically friendly production of hydrogen in Eemshaven, from the year 2020. RWE wants to construct electrolysers with a combined capacity of 600 megawatts as part of the tender for the Hollandse Kust West VII offshore wind farm. This would stably transform Groningen into one of the Dutch hydrogen economy’s centers of gravity.

Magnum and RWE’s Eemshaven power station will be able to deploy carbon capture and storage (CCS) technologies in the future due to their proximity to the Dutch North Sea and the adjacent old natural gas reserves. This would allow the Eemshaven site to run with a negative CO2 production, as opposed to being CO2 neutral. RWE hopes to receive the necessary government backing to make this project technically, politically, and commercially viable.

In Groningen province’s Eemshaven port, in close proximity to Magnum, Gasunie is developing LNG (liquefied natural gas) terminals, which can be supported by heat from RWE power plants, for instance.

Thus, a comprehensive utilization of the Eemshaven property enables RWE to become one of the major energy and hydrogen centres in Northwest Europe.

The acquisition will close by the end of September 2022

The transaction is anticipated to close by the end of September 2022. The purchase price agreed upon amounts to an enterprise value of 500 million euros. The acquisition also includes a solar plant with a capacity of 5.6 megawatts located on the property. RWE will acquire the whole workforce of Magnum from Vattenfall. The purchase is subject to the advice of Vattenfall’s works council, among others.

RWE has assisted the Dutch government for many years in advancing the energy transition. The Netherlands is one of RWE’s primary target markets for expanding its renewable energy portfolio. In this region, RWE manages seven onshore wind farms with a total installed capacity of more than 330 MW (RWE’s proportional share), with further projects in development and construction. In addition, RWE operates and develops solar farms, notably the Amer floating solar project. RWE is also developing onshore and offshore hydrogen projects, such as H2opZee, NortH2, and FUREC, which all contribute to the decarbonization of the industry.