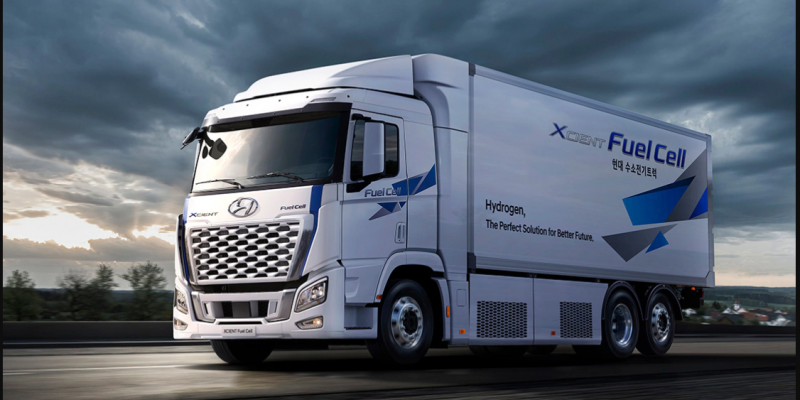 If manufacturers do not want to pay penalties for high greenhouse gas emissions, trucks and other heavy vehicles will increasingly be supplied with alternative drives in the future.

Hydrogen has a lot of potential in this area. It has a high energy density, can be easily refueled, and may be turned to power for electric motors in fuel cells or directly utilized in combustion engines.

Hydrogen has a larger energy density in liquid form than it does in gas form. As a result, you can travel further with the same amount of volume. As a result, the Salzburger Aluminum Group (SAG) is creating cryogenic tanks for vehicles that can store liquid hydrogen at minus 250 degrees Celsius.

Hydrogen is compressed to 700 bar in gaseous form and stored in special pressure tanks. They are quite bulky as compared to tanks for traditional fuels. On the other side, cryogenic tanks take up less room. “They may be put in vehicles in the same location as traditional diesel tanks. Vehicle makers will find it simpler as a result of this “SAG’s research and development department director, Johannes Winklhofer, says. “Tanks for gaseous storage must be constructed in areas where they are not normally found.

It takes many compression and cooling processes to turn gaseous hydrogen into liquid hydrogen. That consumes a lot of energy. A tank must be able to sustain a permanent temperature of minus 250 degrees after it has reached the liquid condition.

“As a result, our tank resembles a big thermos bottle. It has two walls, one on top of the other, with a vacuum between them. Aluminum foils and multilayer insulation are also used to prevent heat transfer from the outside to the interior.” With the aid of glass fiber reinforced plastic, the exterior and inner tanks are only linked at two locations.

“Finding the proper framework took more than two years of research,” Winklhofer adds. “We didn’t start from the beginning. Tanks for liquid natural gas (LNG), which is kept at minus 150 to minus 170 degrees, are already available from us. The selection of materials and insulation, on the other hand, is more straightforward.

An LH2 tank must endure a lot in terms of safety. Drop tests from a height of ten meters, crash tests, and tests in which the tank is put over an open fire – if feasible without exploding – are also part of EU requirements. If the tank’s pressure rises unexpectedly, the pressure is released using safety valves. “Basically, it doesn’t catch fire right away, but when it does, hydrogen has the benefit of producing a sticky flame that points vertically upwards rather than a wildfire.”

LH2 is refueled like gasoline or diesel at a gas station. Due to the extremely low temperatures, the tank system must be constructed differently, although the technology is accessible. It is less expensive than the one for high-pressure refueling using gaseous hydrogen, according to Winklhofer.

“Infrastructure remains the Achilles’ heel for the time being. It will need to be backed up by the government.” A network of gas stations must be developed concurrently with the launch of LH2 trucks. To refill automobiles, existing hydrogen filling stations mostly use gaseous hydrogen. Liquid hydrogen is already being delivered to some of them. It takes up less space as a consequence. It may be transformed to a gaseous state on the spot. It does not, however, work in the reverse direction.

Vehicle manufacturers are showing a lot of interest in the LH2 tanks from Salzburg. Trucks with 85 kilos of liquid hydrogen on board can go up to 1,000 kilometers and refuel in under 10 minutes. Other businesses are working on the technology in addition to SAG, but the people of Salzburg are certain that they are ahead of the curve. In 2025, the tank should be ready for mass manufacturing.