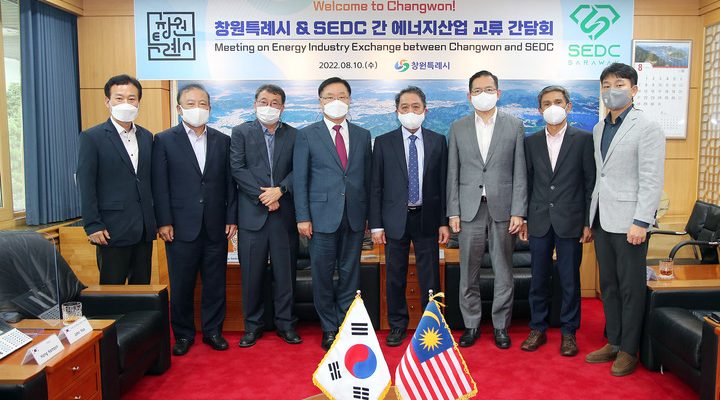 The largest state government in Malaysia, Sarawak Economic Development Authority (SEDC), has focused on Changwon, Gyeongsangnam-do as a partner in fostering the hydrogen sector. SEDC is supporting different energy projects with Korean enterprises.

Commissioner Aziz spoke with Mayor Hong Nam-Pyo about methods to get involved in energy projects in Sarawak, how to work with Changwon City to support the hydrogen sector there, and how to advance joint ventures in the hydrogen business.

In particular, Mayor Hong visited the hydrogen conference that will be held in Sarawak in December to promote Changwon’s hydrogen strategy and solicit collaboration. I really hope that Changwon will become a partner in the growth of the hydrogen sector in Sarawak.

“Sarawak is a rich trove of energy resources in Malaysia, and Changwon enterprises are playing a significant part in energy projects, so it is an essential foreign trade goal for Changwon, which seeks to become a central city in Northeast Asia,” said Mayor Hong. I am really pleased to have asked to be a participant in a cooperative partnership with the

We will help Sarawak Province so that it may take on a similar role to Changwon in Malaysia, he continued.

Tuscany calls for expressions of interest in hydrogen research and production