The investigation could result in a retraction if it uncovers contradictions that cast doubt on the study’s conclusions.

The study, conducted by researchers at the University of Massachusetts Lowell, supported the use of so-called green hydrogen as a fuel for heating buildings in Massachusetts and that the state takes this step. As a climate-friendly substitute for carbon-emitting gas, hydrogen has been promoted by the American Gas Association and gas interests in Massachusetts. Large-scale implementation of such a scheme would enable gas utilities to carry on operating and making money much as they do now, but with a different fuel.

The gas industry has also suggested blending green hydrogen with natural gas or other fuels, but many scientists argue that doing so isn’t practical due to the high expense, safety issues, and potential climate impact of hydrogen. Furthermore, they contend that promoting green hydrogen as a climate-friendly choice would impede the development of more workable climate solutions.

The Globe’s research revealed that although the study named multiple UMass Lowell authors, it failed to mention the contribution a gas industry-aligned lobbyist made to the development of the results and recommendations. While the report claimed funding from a foundation managed by the trade association Associated Industries of Massachusetts, it omitted to mention that monies were directly raised from AIM members who work in the pipeline and natural gas industries.

The study’s authors stated in a statement that it was done “in the absence of any commercial or financial relationships that could be perceived as a possible conflict of interest” before it was published in the journal.

Robert Howarth, a professor of ecology and environmental biology at Cornell University who has written research on hydrogen and served as editor-in-chief of three scholarly publications, stated, “This is the appropriate decision for the journal to take.” “They need to check to see if anything was done right or badly.”

Howarth noted the potential outcomes of the investigation, which are that there was no wrongdoing, that the journal will publish a revised version of the article with different disclosures, noting the controversy, or — more drastically — that it will be retracted. It is unclear how long the investigation will take.

As a climate activist and infectious disease specialist at Harvard Medical School, Regina LaRocque said she started writing to the journal with inquiries about the report soon after it was released.

“It’s an issue for the entire research endeavor if the journal doesn’t take this kind of thing seriously,” she said. In the academic community, we rely on people to be truthful in the funding and writing of their work. The integrity of the scientists who work in our ecosystem is crucial.

The quality of journal investigations into charges of wrongdoing might vary, according to Ivan Oransky, co-founder of the blog Retraction Watch, but being in the public view aids in the process. According to him, “public scrutiny seems to be linked to a larger possibility of investigation and a greater likelihood of an outcome of some significance.”

In an email, Julie Chen, the university’s new chancellor, stated, “Our research office will assess any conclusions (the journal) editors give.” She mentioned that the university’s Offices of Research Administration and Research Integrity had investigated the study after receiving an initial request about it from the Boston Globe and had not discovered any indication of impropriety.

The utility watchdog group Energy and Policy Institute shared with the Globe email communications it had obtained under the federal Freedom of Information Act, which led to the findings concerning the part the gas sector played in the study. The correspondence covered both developing study drafts and conversations between the study’s authors and others, such as the lobbyist.

The Energy and Policy Institute’s research and communications manager, Itai Vardi, expressed his hope to have the study updated with at the very least complete transparency. I’m worried that if nothing is done, industry and other interested parties will utilize this report as a resource despite its flaws and the fact that its full funding and ghostwriting were not disclosed, the author stated.

The study’s importance goes beyond academia. Green hydrogen and so-called renewable natural gas, or biogas, which is primarily formed of methane, have been proposed by the natural gas companies in Massachusetts as a plan to help the state reach net zero while giving residents options for how to heat their houses.

Customer choice is crucial, according to Caroline Pretyman, a representative for Eversource. Eversource has stated that biogas is simply one of several cutting-edge technologies that must be taken into account as we work together to create a future powered entirely by sustainable energy.

Consumers can save money, according to Judith Judson, head of US strategy and hydrogen for National Grid.

Every single resident or business must replace their heating equipment with new heating equipment in order to electrify everything, the woman explained. “We want to encourage any alternative that allows customers to obtain renewable energy without having to do that. Alternative fuels could be useful in that situation.

However, detractors claim that the utilities are ignoring two significant issues: supply shortages and climate damage.

According to peer-reviewed studies published in the journals One Earth and Environmental Research Letters, both hydrogen and renewable natural gas might sustain climatic warming if they passed through pipe networks, which have been demonstrated to leak. According to the Intergovernmental Panel on Climate Change of the United Nations, methane is 80 times more planet-warming than carbon in the short term, therefore when renewable natural gas leaks, the emissions are the same as with natural gas. Additionally, new research has revealed that hydrogen triggers an atmospheric reaction that leads to global warming.

Furthermore, according to many experts, neither gas is readily available in sufficient quantities to heat dwellings.

The Eastern United States has a lot of renewable natural gas, according to a National Grid report. However, Ben Butterworth, director of the climate, energy, and equity studies at the clean energy advocacy group Acadia Center, said he hasn’t seen any independent research to back up that claim. Studies, notably a 2021 Princeton paper titled “Net Zero America,” have revealed that because creating green hydrogen at scale takes so much wind or solar electricity, it faces comparable supply difficulties.

We should be talking about using this for domestic and business purposes, he declared, which is completely absurd. 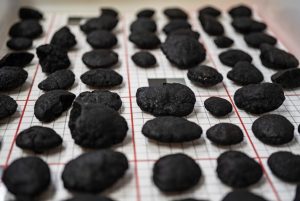