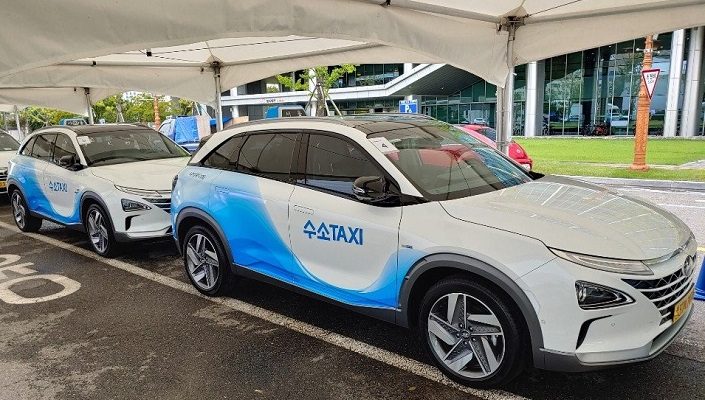 By 2025, the government intends to raise the number of electric and hydrogen-powered taxis on the road to 100,000.

It plans to do so by forming a joint venture with municipal governments and relevant industries.

By increasing the number of electric and hydrogen-powered taxis in use, the agreement hopes to minimize fine dust pollution and greenhouse gas emissions, as well as accomplish the carbon neutral target in the transportation sector.

There are currently around 250,000 taxis in the country, with only 3,000 of them being non-polluting (all electric taxis).

In order to do this, the ministry and the Seoul Metropolitan Government want to give purchase incentives for electric and hydrogen-powered taxis, as well as increase related charging infrastructure.

In addition to the electric vehicles produced this year, such as the IONIQ 5, EV6, and New Niro, Hyundai and Kia plan to release a larger range of non-polluting vehicles that can be utilized as taxis.