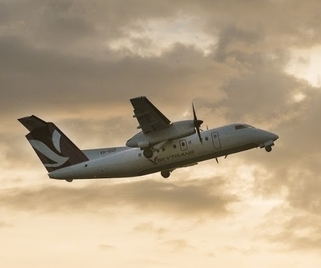 Regional airline Skytrans has teamed with Stralis Aircraft to design and test Australia’s first aviation with hydrogen-electric propulsion that will eliminate all aircraft emissions.

The zero-emissions hydrogen-electric propulsion system (HEPS) will be installed on a Beech 1900D Airliner, and a trial flight will be conducted in North Queensland to demonstrate the system’s suitability for the region’s harsh circumstances and pristine ecosystems.

Skytrans and Stralis Aircraft are taking a significant step toward designing and producing the nation’s first hydrogen-electric aircraft without sacrificing safety, performance, or cost.

Skytrans, which is partially owned by former Queensland & Cowboys player Johnathan Thurston, is a part of an Australian partnership that is a pioneer in the development of hydrogen propulsion technology for commercial airplanes.

Stralis Aircraft will design, fabricate, and flight-test an integrated HEPS centered on an airworthy electric motor as part of the project. They are seeking strategic partners to construct a megawatt-class fuel cell system suited to their needs.

The refurbished Stralis B1900D-HE will have a range of 800 kilometers and will be able to accommodate 15 passengers. It is anticipated that the maiden test flight will be completed in early 2025, with certification and introduction into service occurring in 2026.

Hydrogen’s geopolitics in the Indo-Pacific region