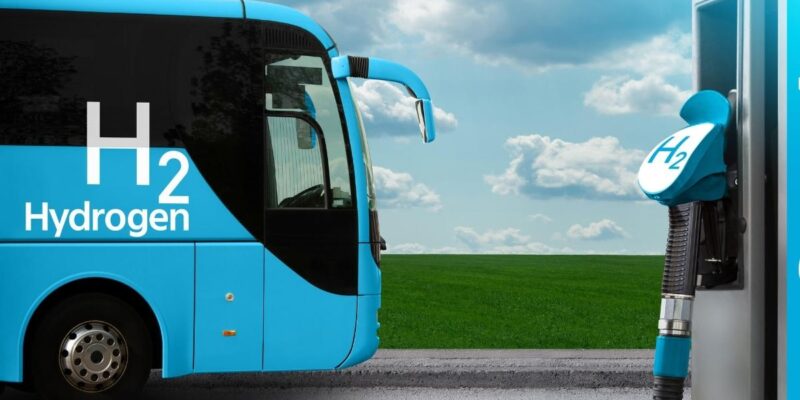 The demonstration will test the technology developed at the Pacific Northwest National Laboratory for STARS. Utilizing a combustion-free method, this technique produces lower greenhouse gas emissions than a typical steam methane reforming process. Since the tiny device is built on inexpensive 12×1-inch 3D-printed reactor disks and heat exchangers, it may be simply deployed at fueling stations to help satisfy demand and advance climate and clean air objectives. The first STARS system, if installed, will generate up to 80 kg of clean hydrogen each day, enough to fuel three SunLine zero-emission buses per day.

“We’ve been anticipating for this day to arrive and I’m excited construction has begun. Californians will need access to hydrogen and this demonstration project will provide insight during this energy transition,” said Glenn Miller City of Indio Councilmember and SunLine Chair. “Once widely adopted, this project will help meet our state’s climate goals.”

“SunLine has been pioneering hydrogen technologies for nearly three decades and partnering with SoCalGas on this project continues the momentum necessary to make hydrogen fueling accessible to the public,” said Lauren Skiver, CEO/General Manager of SunLine Transit Agency. “Producing clean hydrogen is the future of fuel, and this system will play a pivotal role in reducing greenhouse gas emissions.”

“For several years now, the high cost of transporting hydrogen has been the big problem with rolling out fuel cell vehicles in California,” said Robert Wegeng, President of STARS Technology Corporation. “This demonstration elegantly solves the problem with a compact, mass-produced hydrogen generator that can be placed on the gas grid in close proximity to filling stations and other places where cheap hydrogen is useful. Better yet, the hydrogen can meet the new Federal “Clean Hydrogen Standard” for regional hydrogen hubs since it can be produced from renewable natural gas.”

“This is the kind of demonstration project we love to see in California and we’re excited construction has started. SoCalGas will use the knowledge gained from this project to help accelerate the adoption of clean hydrogen,” said Neil Navin, SoCalGas vice president of clean energy innovations. “Adopting clean technologies and working with SunLine and STARS will help SoCalGas and California reach our shared air quality and climate goals much faster.”

SoCalGas announced earlier this year a proposal to develop Angeles Link, a dedicated green hydrogen energy infrastructure system that could deliver clean, reliable energy to the Los Angeles basin and provide a path to decarbonize hard-to-electrify sectors such as electric generation, industries that require clean fuels but cannot be electrified at present, and heavy-duty transportation.

Clean fuel vehicles are anticipated to play a significant part in achieving the state’s climate and air quality objectives. Governor Newsom’s executive order mandates that all new cars sold in California be zero-emissions vehicles by 2035. Californians with access to clean hydrogen generation systems, such as H2 SilverSTARS, could contribute to the transition to renewable energy.

Since 1993, when the Agency began an ambitious strategy to incorporate clean technologies into its operations, SunLine Transit Agency has been in the forefront of providing ecologically responsible public transportation.

The SunLine Transit Agency is on track to achieve completely zero-emissions by 2035, five years ahead of the state’s ICT Regulation’s objective (2040). In addition to SunLine’s PEM Hydrogen Electrolyzer, which is the largest clean hydrogen-producing station in the country for transportation, the California Energy Commission (CEC) has funded its Liquid Hydrogen Station project, which will increase the Agency’s hydrogen fueling capacity for the existing fueling infrastructure.

SunLine Transit Agency recently obtained a grant from the California Energy Commission to construct a 15,000 to 18,000-gallon liquid hydrogen fueling station. The first liquid hydrogen project in SunLine’s thirty-year history, this station will create fueling resilience for the organization. This liquid station contributes to the development of a zero-emission roadmap for transport and fleet operators nationwide.