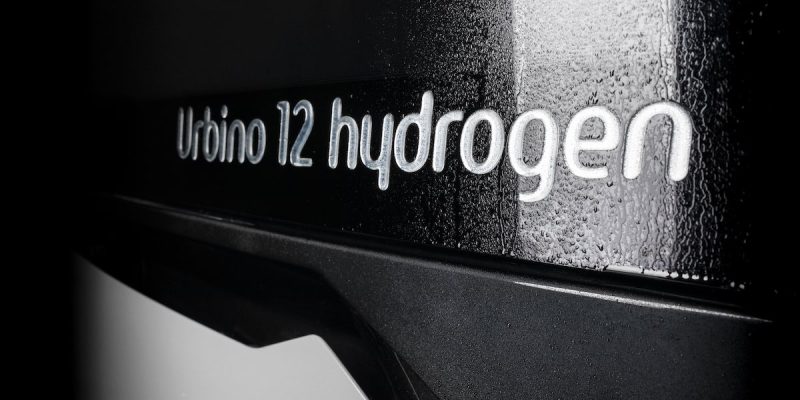 A hydrogen-powered bus 18-meter version will come in the near future, a true first in this segment: the articulated Urbino 18 hydrogen bus is set to debut in September 2022.

Solaris shipped 1,492 buses last year, putting it top of the European zero-emission bus market with a 15.1 percent share. With a market share of 15.5 percent from 2012 to 2021, the Polish brand was the largest maker of zero-emission buses in Europe.

The latest contract for the Solaris Urbino 12 hydrogen was signed in Upper Bavaria, with 10 vehicles expected to be delivered by March of next year, and the first Solaris fuel cell bus fleet was launched in Bolzano, Italy, in May 2021. (the delivery of the 12 vehicles followed the very first order ever secured by Solaris for its fuel cell bus, signed in June 2019 just a few days after the world premiere at UITP Summit in Stockholm). Connexxion, which is also part of the Transdev company, commissioned 20 models in the Netherlands, which is the largest order thus far.

In early March of the current year, a 5-unit fleet was ordered in Mallorca. Austria has also joined the ‘team’ of nations that will soon see the Solaris Urbino 12 hydrogen in service, with BB Postbus, Austria’s largest bus operator, signing a contract for the delivery of five vehicles in Villach in late 2021. MZK in Konin will be the first public transportation operator in the domestic market to add a hydrogen bus to its fleet.

Only water is allowed out of the Urbino 12 hydrogen reactor

An emphasis on technical specifications: Solaris fuel cell bus is a zero-emission bus with a high-performance compact battery and a fuel cell that powers the battery.

The Urbino 12 hydrogen is powered by a fuel cell with a capacity of 70 kW. Five hydrogen tanks installed on the roof and longitudinally above the vehicle’s front axle have a capacity of 312 liters each, for a total capacity of 1,560 liters, or around 37 kilograms.

The rate of refueling is 6 kilogram per minute, therefore filling the tank will take slightly over six minutes. Which, of course, is dependent on the refueling system’s technological level. On the right side, next to the front entrance, is the refill nozzle. According to the manufacturer, the bus has a range of roughly 350 kilometers.

The bus is distinguished by its low noise level and lack of vibrations when in motion, according to the manufacturer. Furthermore, water is the only result of the chemical process that occurs in the hydrogen fuel cell. The time it takes to replenish the tank is only a few minutes, ensuring the vehicle’s operator’s flexibility and elasticity.

The inside illumination is entirely made up of LEDs. The air conditioning is regulated by a system that uses CO2 as a refrigerant and uses a heat pump. The mechanism heats the passenger compartment using the fuel cell’s leftover heat. The cockpit, like the rest of the next generation Solaris buses, is totally computerized and equipped with touchscreen technology.

The construction of the hydrogen Urbino is quite similar to that of the battery-electric Urbino. The hydrogen tanks on the roof and the previously stated fuel cell module are a significant distinction. What kind of drive system do you have? In the event of a hydrogen vehicle, the electric axle with two 125 kW motors is the sole option.

The hydrogen-powered Urbino is further distinguished from the battery-powered Urbino by the size of the storage modules. Around 30 kWh batteries have been installed on the fuel cell Urbino under the Solaris High Power battery type, which is optimized for in-line recharging due to its increased maximum charging power.

DOE Hydrogen Program 2022 AMR to be introduced by Secretary Granholm