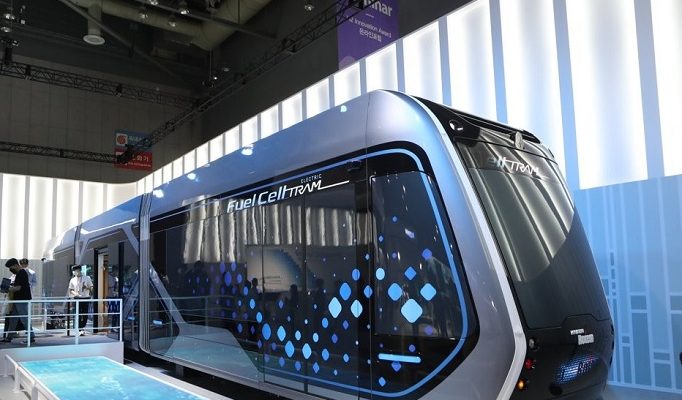 According to the Ministry of Trade, Industry, and Energy, the funding will also be utilized to investigate ways to adapt hydrogen fuel cells used in Hyundai Motor Co.’s Nexo SUVs and use them in trams.

Hydrogen trams, which run on fuel cells, are thought to be more cost-effective than traditional public transit, such as subways, because they do not require a large amount of power infrastructure.

According to the ministry, the worldwide market for hydrogen-powered trains is anticipated to reach 18 trillion won in 2050, up from 700 billion won estimated for 2025.

The ministry stated that it intends to create hydrogen fuel cells with a capacity of 380 kilowatts, which is equivalent to four Nexo SUVs.

By 2022, South Korea plans to construct a hydrogen tram charging station and conduct a test run in Ulsan, the country’s southern port city.

Hydrogen trams are scheduled to enter mass production in 2024, with the nation hoping to export them to Southeast Asian and European countries as well.

In order to meet its aim of being carbon-neutral by 2050, South Korea has been supporting the so-called hydrogen economy, with the government attempting to utilize the resource in a variety of areas ranging from transportation to energy storage.

Proton technology to create hydrogen for less than $1.00/KG in Asia