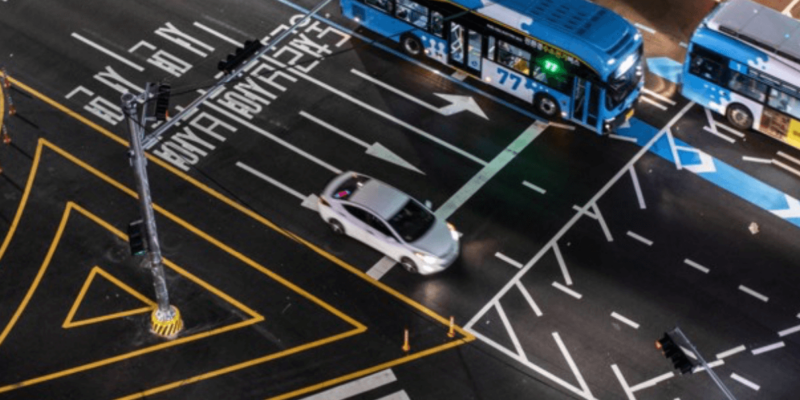 South Korea is a pioneer in the transition to a low-carbon hydrogen economy and clean transportation.

By leveraging its command of the whole hydrogen value chain and collaborating with local industrial and institutional stakeholders, Air Liquide is actively contributing to the rapid growth of low-carbon hydrogen production in South Korea. Due to the country’s robust integrated infrastructure, the Group is committed to expanding its footprint into the majority of the regions.

The South Korean government aspires to establish the country as a leader in the field of hydrogen transportation. Air Liquide is committed to invest across the whole hydrogen supply chain, from production to storage, as well as distribution and application development for end users, in order to support the country’s aim.

On the upstream side, Air Liquide is consolidating its position as a hydrogen technology expert in order to service clean mobility and industry through a series of joint ventures with key industrial enterprises. Air Liquide has struck an agreement with SK E&S, a global producer of clean energy and solutions, to offer the world’s largest hydrogen liquefaction facility with a daily production capacity of 90 tonnes of liquid hydrogen for the mobility industry. Additionally, Air Liquide and LOTTE Chemical signed a Memorandum of Understanding (MoU) to collaborate on the development of new high-pressure hydrogen filling stations and hydrogen refueling stations. The Group has inked another memorandum of understanding with Yeosu city and Jeollanam-do province to examine other projects involving potential investments in a hydrogen liquefaction facility. When completed, these projects will expand Air Liquide’s current hydrogen footprint in South Korea, where the company already owns and manages four big units.

On the downstream side, Air Liquide, one of the industry leaders in hydrogen mobility, leverages its industrial infrastructure to deploy solutions, working with logistics companies and municipalities and expanding its operations in other locations. The Group has been designing hydrogen stations for over two decades and has provided a total of eight hydrogen refueling stations in South Korea to date, with further stations scheduled to open shortly. Last year, the number of Fuel Cell Electric Vehicles in South Korea more than doubled to 15,200. Air Liquide Korea also contributes to the continued development of the hydrogen ecosystem by participating in two Korean hydrogen mobility consortiums, HyNet and KOHYGEN, which are dedicated to the deployment of light-duty and heavy-duty hydrogen stations, respectively. Air Liquide is the consortium’s sole industrial gas supplier.

“Climate change mitigation and energy transition are at the heart of Air Liquide’s strategy. The Group’s strategy in South Korea illustrates our ambition to be a leader for the supply of low-carbon hydrogen to industry and mobility markets, relying in particular on its leadership in hydrogen liquefaction and operational expertise. South Korea is one of the most active countries in the world for hydrogen activities, backed up with a strong national ambition. Air Liquide is proud to support the country’s mobilization towards a low carbon society.”