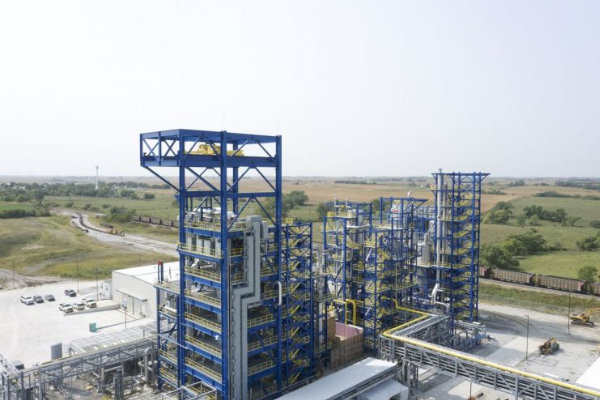 SK Corp. of South Korea has decided to invest in Monolith Materials Inc. of the United States in order to add ‘turquoise’ hydrogen to its hydrogen value chain.

SK Corp. announced that it has signed a deal to acquire Monolith’s stakes as a strategic partner, allowing it to tap into the company’s original clean hydrogen production technology. The deal’s financial terms aren’t being disclosed at Monolith’s request, but industry sources estimate that SK’s stake in the Nebraska-based firm is worth tens of millions of dollars.

The Korean firm will also have a seat on Monolith’s board of directors as a result of its investment. NextEra Energy Resources, a North American leader in clean energy, has also contributed to the funding.

Monolith, which was founded in 2012, is the first commercial-scale turquoise hydrogen production facility in the world, which began operations in June of last year. It has developed a technology for converting natural gas into high purity clean hydrogen and carbon black, a solid carbon material used in automotive tires and machinery rubber parts. The company is seeing a lot of interest from tire manufacturers all over the world who are looking to move away from carbon materials.

Together with blue and green hydrogen, turquoise hydrogen, which does not emit carbon dioxide, is considered cleaner hydrogen. It’s a popular alternative to expensive green hydrogen because it uses less energy to produce and doesn’t require carbon capture and storage, which is required in blue hydrogen production, according to SK.

By 2025, SK hopes to be a leader in the clean hydrogen energy sector, with a comprehensive hydrogen value chain encompassing production, distribution, and consumption.

In January, as part of its grand plan, SK Group purchased a 9.9% stake in US-based hydrogen fuel cell manufacturer Plug Power Inc. and agreed to establish a hydrogen joint venture in Korea to gain access to Asian markets.