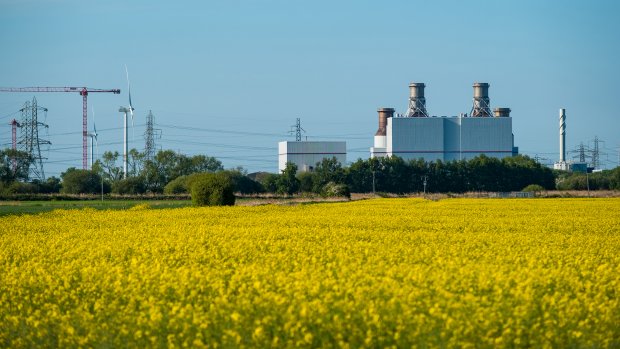 Equinor and SSE Thermal plan to collaborate on the development of two first-of-their-kind, low-carbon power stations in the UK’s Humber area, including one of the UK’s first power stations with carbon capture and storage (CCS) technology and the world’s first 100 percent hydrogen-fueled power station.

The proposals, which are supported by a new partnership arrangement between the two firms, will aid the UK’s path to net zero emissions and facilitate the decarbonization of the Humber, the UK’s biggest and most carbon-intensive manufacturing cluster. The ventures have the ability to generate thousands of skilled jobs and revitalize a significant manufacturing heartland.

The two decarbonized power plants, which will form a “clean power hub” near Scunthorpe, North Lincolnshire, would be among the world’s first to use CCS and hydrogen technologies. Keadby 3 and Keadby Hydrogen will supplement older, carbon-intensive generation on the grid, delivering versatile and reliable capacity to enable intermittent renewable generation and ensure supply stability during the net zero transition.

Keadby 3 will be a 900MW natural gas-fueled power plant outfitted with carbon capture technology to reduce CO2 from its emissions. The captured CO2 would then be transported via shared pipelines and safely deposited underneath the Southern North Sea.

Keadby 3’s formal consultation concluded in early 2021, and the proposal is currently moving forward in preparation for the submission of a construction consent application in Spring 2021. Keadby 3 could be operational by 2027, in accordance with the Government’s plans for “Track 1” industrial cluster developments.

The Keadby Hydrogen power plant will have a peak demand of 1,800MW of hydrogen which would emit no emissions at the point of combustion. It will be the world’s first big 100 percent hydrogen-fired power plant, ensuring long-term demand for hydrogen in the area. Keadby Hydrogen may be operational by the end of the decade if effective policy frameworks are in place.

The ventures will make use of the parallel hydrogen and CO2 pipeline networks being built by the Zero Carbon Humber (ZCH) collaboration, which includes Equinor and SSE Thermal, as well as the offshore CO2 infrastructure being built by the six-member Northern Endurance Partnership (NEP), which also includes Equinor. In March, both ZCH and NEP were awarded public funding from the UK’s Industrial Strategy Challenge Program.

Equinor’s H2H Saltend plant, which will be operational by the mid-2020s, will be the first to link to the ZCH infrastructure. H2H Saltend, like the additional hydrogen provided for the Keadby Hydrogen project, would supply low-carbon hydrogen to pre-identified customers.

As part of the deal, SSE Thermal and Equinor are both exploring hydrogen blending solutions at SSE Thermal’s Keadby 2 project (which is already under construction), which aims to gradually decarbonize the UK’s newest and most powerful power station. The companies also plan to work together on schemes in other parts of the UK.

“The Humber region is at the heart of our commitment to tackle climate change and is already on the frontline of developing vital clean technologies which will change the way people’s homes and businesses are powered while slashing emissions. This new partnership will ensure that world-first technology is being developed in Scunthorpe and across the Humber, creating green jobs and bringing new investment which will benefit local communities and businesses – revitalising this industrial heartland as the UK builds back greener.”

“We’re delighted to be announcing this agreement with Equinor through which we aim to develop these first-of-a-kind low-carbon power stations. These projects would play a major role in decarbonising the UK’s flexible generation capacity, while supporting a green economic recovery in the Humber. By utilising cutting-edge carbon capture and hydrogen solutions, we can decarbonise power generation, heavy industry and hard-to-reach sectors of the economy, which will be essential in both achieving net zero emissions and ensuring a just transition for workers and communities. With over 12 million tonnes of annual carbon emissions, ideal transport and storage options, and major energy and industrial companies working together, the Humber has to be at the centre of the UK’s decarbonisation strategy.”

“We are very happy that Equinor and SSE are building on our long-term energy partnership to also develop low-carbon projects together in the UK. These world-leading power plants at Keadby will accelerate efforts across the Humber to create a decarbonised industrial cluster, and contribute to the UK’s goals for a green industrial revolution and reaching net zero. They are a further step in Equinor’s ambitions for the Humber, following on from our H2H Saltend project that will start producing low-carbon hydrogen at scale by the mid-2020s. We believe these technologies are vital for heavy industry, flexible power and other hard-to-abate sectors to achieve net zero emissions, while also ensuring a just transition for industrial communities. We are committed to working together with stakeholders to accelerate these real-life projects and make these investments happen.”