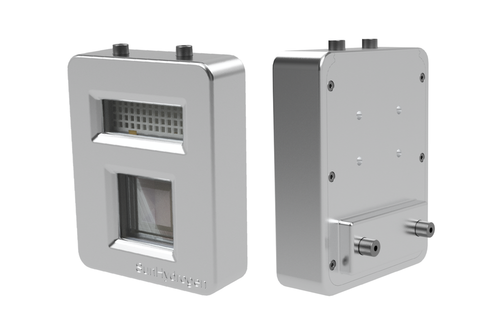 SunHydrogen unveiled an early version of the layout for the prototype of their nanoparticle-based green hydrogen technology.

With great attention, SunHydrogen’s prototype design incorporates the company’s unique catalysts, light absorber, and membrane integration assembly. In order to facilitate mass production, the panel housing is made from lightweight, stable, modular materials. The design also makes the most of available sunlight during the day to produce hydrogen while using as little water as possible.

In order to produce hydrogen when the Sun is shining, SunHydrogen’s nanoparticle technology directly harnesses the electrical charges formed by sunlight. If the sun isn’t shining, this prototype can still function because to its ability to use renewable grid electricity from wind or hydropower sources to power the catalyst and membrane integration assembly.

To guarantee effective hydrogen production and collection, the company’s scientific staff will evaluate the prototype’s performance and individual design features once the prototype is realized.

Chariot and Total Eren work on green hydrogen in Mauritania