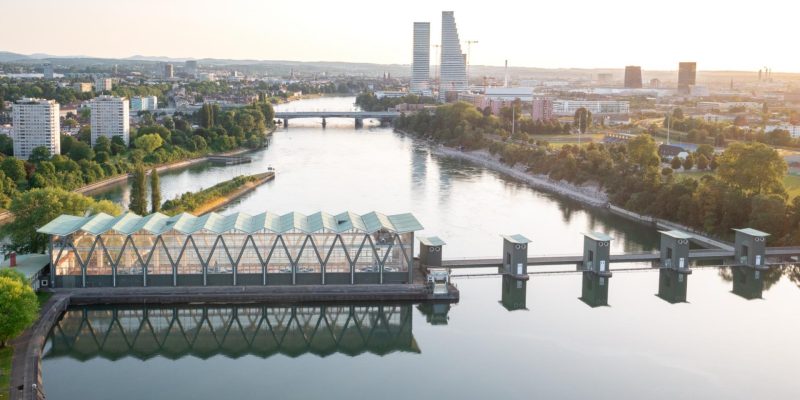 A project on the power plant island in Birsfelden planned to produce green hydrogen. According to the canton, however, such a plant would not conform to zoning regulations.

A pilot plant for the production of CO2-neutral hydrogen cannot be built on the power plant island in Birsfelden. The building authorities of Basel-Landschaft have rejected a project of the “Industriellen Werke Basel” (IWB) and the mineral oil trader Fritz Meyer AG.

Specifically, Basel’s Building Appeals Commission has rejected IWB and Fritz Meyer AG’s appeal against the previous rejection of their building application, the two project sponsors announced Tuesday. A hydrogen plant on the power plant island in Birsfelden is not in conformity with the zoning, according to the reasoning.

The plan of IWB and Fritz Meyer AG was to produce CO2-neutral hydrogen with surplus electricity from the Birsfelden hydroelectric power plant. The project promoters regret the negative decision. Projects for the construction of plants for renewable energy production generally have a hard time in Switzerland, they write.

The two companies refrain from filing a new appeal against the decision of the Building Appeals Commission. However, according to the communiqué, they still believe that the Basel region has “enormous potential” in the application of green hydrogen. Specifically, they want to pursue further projects in this area in cooperation with the Swiss Rhine ports.

Why does hydrogen have different colors and why do they matter?