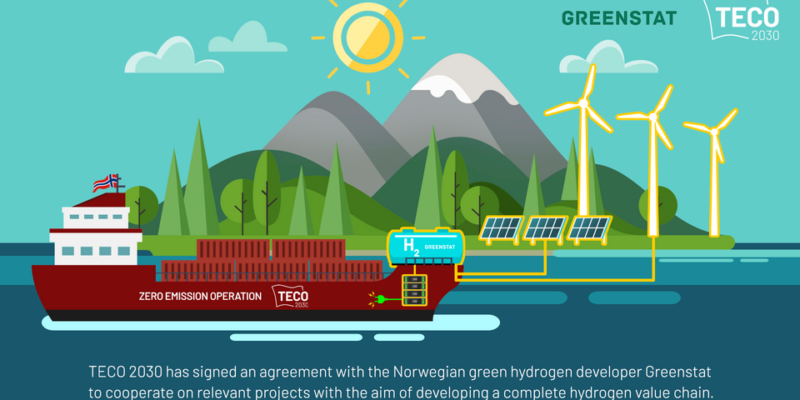 TECO 2030 and Greenstat, a Norwegian energy firm, have signed a memorandum of intent to collaborate on relevant initiatives aimed at building a complete hydrogen value chain.

The two parties will collaborate to identify, assess, and engage in relevant projects as part of the agreement. Greenstat will produce green hydrogen to be utilized as fuel in the fuel cells built by TECO 2030 for the projects on which they collaborate.

“With the signing of the letter of intent with Greenstat, we have reached a milestone towards building complete infrastructure hydrogen projects,” says Tore Enger, CEO of TECO 2030 ASA.

“Together with Greenstat, we are working towards our common goal of creating a zero-emission future, and we will aim to promote each other’s services towards the hydrogen community,” Enger adds.

“At Greenstat we are proud to work with an ambitious partner like TECO 2030. We strongly believe in collaboration throughout the value chain to accelerate the introduction of hydrogen as an energy carrier across different sectors,” says Vegard Frihammer, GEO/CEO of Greenstat ASA.

Hydrogen fuel cells are the engines of the future since they convert hydrogen to power with no emissions other than water vapour and warm air.

Green hydrogen is hydrogen that is generated using renewable energy sources such as wind turbines and solar panels. When ships and other large applications replace their typical combustion engines powered by fossil fuels with green hydrogen-fueled fuel cells, they can achieve zero emissions.