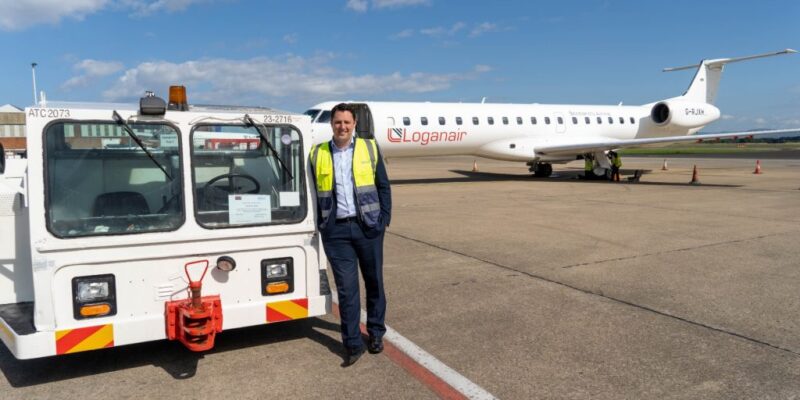 Teesside Airport has been named one of the UK’s first pilot areas for hydrogen vehicle testing, as part of the Tees Valley’s designation as the country’s Hydrogen Transport Hub.

The £2.5 million project will equip the airport, as well as other significant Tees Valley organizations, with commercial and support vehicles powered entirely by hydrogen.

ULEMCo will adapt a ground support tug that tows airplanes to run on hydrogen, while Toyota will offer two Mirai hydrogen fuel cell vehicles with a range of approximately 400 miles, as well as a forklift truck for use. The trials will demonstrate how hydrogen-fueled vehicles can be quick and simple to operate and recharge, while also helping to clean up the air in our communities as we work toward our net zero objectives.

Toyota will deploy a number of hydrogen vehicles across the region’s quick response services, including emergency response units for the Cleveland Police Department and NHS patient assistance.

Tees Valley was designated as the location of the UK’s first hydrogen transport hub in September last year. In collaboration with Teesside University, the center will establish an innovation campus devoted to renewable energy research and development. It will be responsible for the research, development, and testing of novel hydrogen transportation technologies, including those for automobiles, buses, trains, trucks, boats, and planes.

Tees Valley Mayor Ben Houchen said: “This is yet another huge boost for Teesside, putting our region at the forefront of the hydrogen revolution and developing fuels of the future. Following our multi-million-pound redevelopment of our passenger terminal it’s only right we ensure our ground operations vehicles are fit-for-purpose and helping lead the region’s clean energy ambitions. I want Teesside Airport to be first hydrogen ready airport in the UK and this is the first important step.

“This comes on top of our other clean energy initiatives with low-carbon, hydrogen and renewable schemes taking place across Teesside, Darlington and Hartlepool. We’ve got a long list of projects such as Teesworks with GE Renewable Energy’s massive wind turbine manufacturing facility and Net Zero Teesside’s carbon capture, utilisation and storage project.

“It only serves to highlight how we’re grabbing opportunities in the clean energy sector with both hands creating good-quality, well-paid jobs in the process.”

Additionally, HV Systems stated today that they will conduct a demonstration of hydrogen-powered delivery vehicles in the Tees Valley area. The vans will be operated in partnership with a major supermarket chain, transporting customers between 19 superstores and the business’s main distribution center. The project’s objective is to demonstrate how fuel cell-powered delivery vans may achieve greater range, faster refueling times, and speed parity with traditional diesel vehicles. Additionally, Element Energy will conduct a hydrogen-powered HGV pilot in partnership with Sainsbury’s.

Transport Secretary Grant Shapps said: “With less than 100 days to go until COP26, I’m committed to supporting industry to develop innovative new technologies that will decarbonise transport, helping us to build back greener and level up the country.

“By harnessing the power of hydrogen technology, we can pave the way for its use across all transport modes, creating cleaner, greener more efficient transport systems across the UK.”

ULEMCo Managing Director Amanda Lyne added: “We are delighted to be able to build on the success of our 100% hydrogen static genset engine with this mobile vehicle.

“Airport ground support vehicles are yet another niche application that can benefit from decarbonisation using hydrogen without the delay of building a nationwide hydrogen infrastructure.”