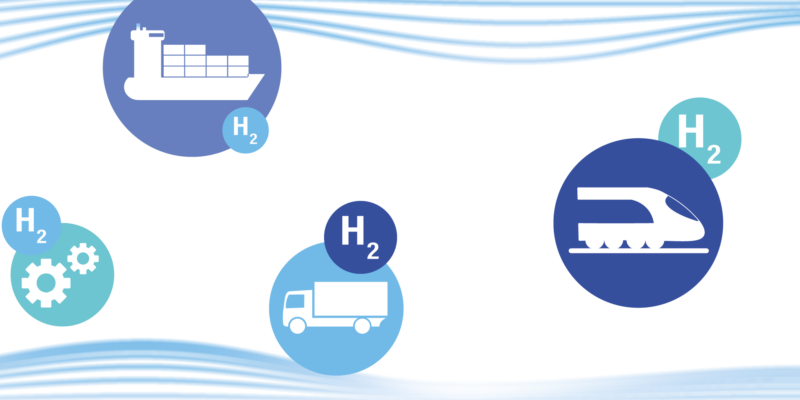 According to Fitch Solutions, the Netherlands and Australia are two markets that are leading the regulatory, policy, and strategy area for green hydrogen (generated from renewables via electrolysis) and exhibiting growth-friendly characteristics.

The researchers say they expect the EU to see more hydrogen hub projects as more markets strive to build clusters of H2 supply and demand in the second part of their analysis, “Industrial Clusters of the Future – Hydrogen Hubs.”

Due to approximately 300 hydrogen tech enterprises currently active in the country, with projects focused around the ports of Amsterdam and Rotterdam, the Netherlands is becoming one of Europe’s pioneering hydrogen centres.

“Large industry participants in the Netherlands are focusing on the further development and connectivity of industrial clusters to pave the way for larger scaling up around the Port of Amsterdam over the next decade,” according to the research.

“As one of the world’s leading and most advanced smart ports, the Port of Rotterdam employs smart technologies to cut energy usage and improve energy supply efficiency. Process automation improves both energy economy and safety.”

The 250MW electrolyser capacity project at the Port of Rotterdam by oil and gas companies BP and Shell, in collaboration with Nouryon, to develop green H2 for use at BP’s petrochemical facilities, is cited by Fitch Solutions.

Shell, Equinor, RWE, and Gasunie, a Dutch gas grid operator, are also studying the up to 10GW offshore wind-to-hydrogen project North2 in the Dutch part of the North Sea, which would be one of the world’s largest renewable hydrogen projects.

Australia, which is home to the world’s largest hydrogen project, the 50GW Western Green Energy Hub (WGEH) by InterContinental Energy and CWP Global, which seeks to produce green fuels from solar and wind power in Western Australia, is another country with even larger projects.

The mega-project could eventually power 28GW of electrolyser capacity, producing up to 3.5 million tonnes of renewable H2 or 20 million tonnes of green ammonia per year, aiming for energy-hungry export markets like Japan and South Korea.

“We are already seeing an increase in collaborative collaborations between Japanese and Australian companies to create green hydrogen projects in Australia, where the conditions are more perfect, but with the majority of the hydrogen produced being exported,” according to Fitch Solutions.

“Given its well-developed and increasing renewable energy industry, which has already cut electricity prices in recent years and grown cost-competitive with fossil fuels, Australia has a great potential to scale up the development of green hydrogen and reach cost parity.”