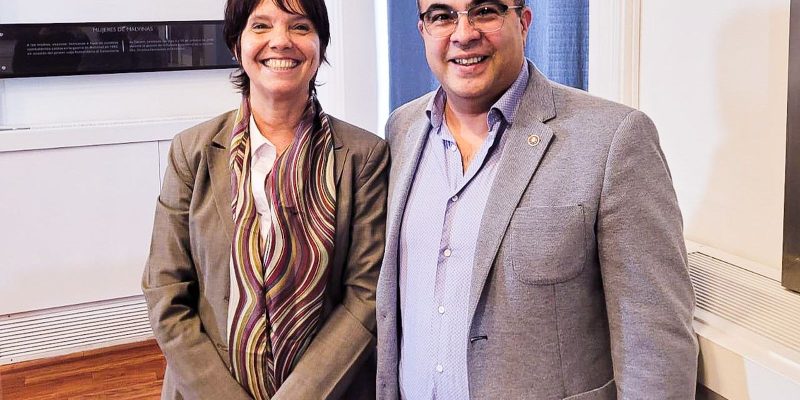 The feasibility study and strategic plan that the provincial administration is creating for the exploitation of hydrogen in the province were presented at Casa Rosada under the direction of the hydrocarbons secretary, Alejandro Aguirre.

A governmental and private group from the German city of Hamburg visited Argentina, and Mercedes Marcó del Pont, the nation’s secretary for strategic affairs, sent an invitation to the exhibition in connection with their trip.

The presentation took place in Casa Rosada’s Argentine Women of the Bicentennial Hall. Peter Tschentscher, the head of the Hamburg government, joined the German delegation together with Ulrich Sante, the ambassador of Germany, and a group of business representatives from renewable energy, port logistics, mining, transportation, universities, and various government sectors.

According to Aguirre, “we presented the Tierra del Fuego Government’s strategic plan on the exploitation of hydrogen before the head of the Hamburg Government and a public-private delegation interested in knowing how Argentina is working on its strategy in relation to renewable energies and the hydrogen.”

It is important to keep in mind that the provincial government has been dealing with a plan for the development of hydrogen in Tierra del Fuego. Hydrogen is clean energy that puts the province in a strategic location for the development of this activity due to its winds, access to water, an outlet to the sea, human resources for this type of activity, and more than 70 years of experience in hydrocarbons.

The official stated that “Tierra del Fuego and Rio Negro are the provinces with the most sophisticated energy policies connected to hydrogen. We were able to discuss all of our efforts to date as well as our next plans.

In addition to committing to increase its yearly climate financing, Germany has also set goals for the energy transition. In this scenario, Hamburg, Germany’s second-biggest city and the largest port in Europe, serves as both the federal nation’s principal entry point and a crucial hub for European logistics related to energy distribution.