Fugro is using drones to conduct a topographic survey of the 28 km2 site, which will provide crucial mapping information about the recently leased Project site (see RNS Nov. 28), including precise terrain information on roads, streams, and buildings, in order to reduce planning, design, and construction costs for the 1.2 GW of hybrid wind and solar plants as well as the 400 MW Green Hydrogen facility.

With the help of a manned GPS survey team, additional information, such as ground control points and field verification, will be gathered. Before the commercial and technical feasibility study, which is scheduled to be published in H1 2023, the topographic survey, which is scheduled to be finished in Q1 2023, is a crucial next stage in the development of this flagship Green Hydrogen Project.

The Project will be one of the biggest hydrogen projects in the Middle East and Asia with an initial capacity to produce 55,000 tonnes of hydrogen per year.

Since 1979, Fugro has been doing surveys and mapping for oil and gas development and civil engineering projects in Pakistan. Fugro is a member of the Fugro NV group, which is based in the Netherlands and is listed on the Euronext exchange.

To ensure that hydrogen is produced continuously throughout the year, the Project includes proposals to build solar and wind power facilities with a combined output capacity of 1.2 GW (700 MW solar and 500 MW wind), as well as a battery storage park with a capacity of up to 450 MW. A 30:70 joint venture between Oracle Power, His Highness Shaikh Ahmed Dalmook Al Maktoum, and Kaheel Energy FZE, Oracle Energy plans to begin operations in Q4 2026 and supply domestic industries with manufacturing, fertilizer production, transportation, and power generation as well as international markets.

The start of the topography survey is a crucial step in establishing this important project, according to Naheed Memon, CEO of Oracle Power. It will enable the site to be cleared for use and will inform the design and planning of the large facility that will house 1.2 GW of hybrid power plants as well as hydrogen and ammonia production units.

As the world moves to clean energy and a zero-carbon future, we are determined to be one of the region’s major producers of green hydrogen in order to satisfy the home demand for green fuel as well as a growing foreign necessity. We anticipate informing the market as this interesting endeavor develops. 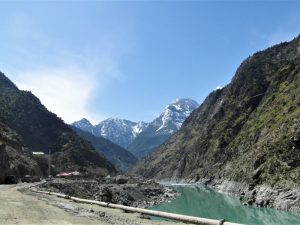