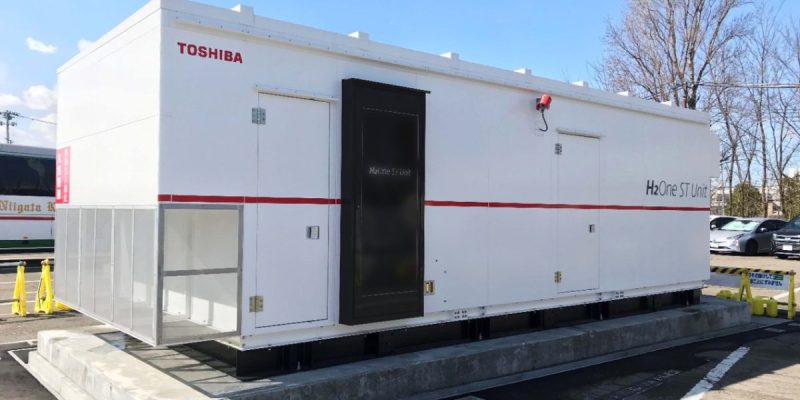 Toshiba EES, a subsidiary of the Japanese conglomerate Toshiba, has activated a hydrogen car filling station in Niigata, the capital of Niigata Prefecture in the Chūbu region of Japan.

The H2One ST Unit, which the business has already placed in various locations in Japan, is intended to power fuel cell buses and is powered by a 20 kW photovoltaic array located nearby.

According to the business, the system can refuel about eight hydrogen fuel cell vehicles in three minutes each vehicle. It may also provide both hydrogen fuel and electricity to fuel cell automobiles by utilizing hydrogen produced with renewable energy within the station. The produced hydrogen can also be transported in trailers and hydrogen bundles to users in other areas of the prefecture and in other regions.

According to the company, customers such as factories, harbors, airports, and bus depots can implement and run this type of system with ease.