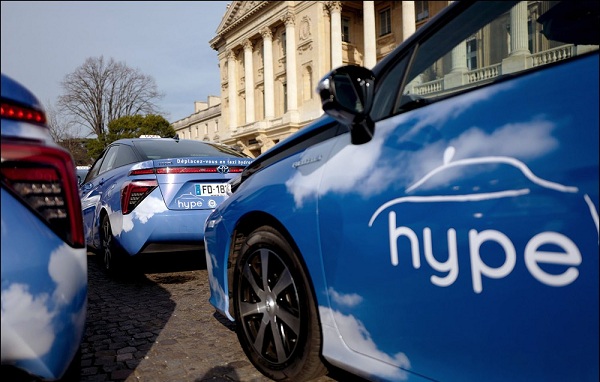 Total has announced the purchase of a stake in Hysetco, a French company focused on the development of hydrogen mobility in urban areas.

Hysetco owns the world’s largest fleet of hydrogen taxis, which it launched in 2015 and operates under the Hype brand in the Île-de-France region, as well as hydrogen stations.

The Hype project aims to demonstrate the viability of zero-emission hydrogen vehicles for urban mobility on a large scale for the first time.

Hysetco currently owns around 700 taxis in Paris, with the majority of them being diesel vehicles that will gradually transition to being entirely hydrogen vehicles by 2024. The hydrogen taxis are fueled by Hysetco’s dedicated network of hydrogen stations. This network is expected to grow in the coming years to accommodate the increasing number of hydrogen vehicles on the road. Total will make its service station network available to Hysetco in order to help the company expand its hydrogen station network.

“This acquisition is a concrete commitment and an acceleration for Total in hydrogen mobility. We are delighted to be working with partners whose skills and expertise complement each other throughout the hydrogen vehicle value chain,” declared Patrick Pouyanné, Chairman and CEO of Total. “After investing in the new Bélib’ network of charge points for electric vehicles, Total is contributing to position Paris as a showcase for new carbon-neutral urban mobility for businesses and consumers. Total is thus continuing to accelerate its transformation into TotalEnergies, a leading broad-energy player in the energy transition.”

Ukraine to produce pink and green hydrogen by 2030