Toyota has agreed to contribute £11.3 million to the development of a new line of pickup trucks fuelled by hydrogen.

According to the government, the agreement might generate up to 250 employees across the UK.

Toyota’s plant in Derby will be able to build up a pilot production line for its Hilux FC model thanks to the funding.

The company’s Deeside factory in Wales may someday be able to manufacture trucks as a result of their research.

The research project, which is based in Burnaston, is receiving an investment of £5.6 million from the Department for Business, Energy, and Industrial Strategy. An additional £5.7 million will come from the Advance Propulsion Centre UK (APC), an organization that supports efforts to decarbonize transportation.

Instead of using electricity from a battery, hydrogen-powered cars instead create it chemically from oxygen and hydrogen, with no pollutants.

The government claimed that because electric vehicle charging infrastructure is unworkable, hydrogen vehicles are better suited to remote locations like farms and quarries, where pickup trucks are already widely used.

Grant Shapps, the business secretary, said: “The key to its future success will be to fully utilize emerging technologies, which will also improve the affordability, affordability, and cleanliness of our roads.

“This multi-million-pound boost, provided by government working hand in hand with industry, will put firms in pole position to pioneer new breakthroughs, keeping at the forefront of the global competition for decades to come,” the statement continued.

Richard Kenworthy, managing director of Toyota Manufacturing UK, said: “Through this innovative project, Toyota will have the chance to create an original fuel cell commercial vehicle in the UK using the venerable Hilux platform.

This will have a considerable impact on Toyota’s talent base in the UK as well as the consortium partners and wider supply chain.

“Supporting essential research and development in the UK, now more than ever, gives an opportunity to invest in transport decarbonization and enhance growth in the automotive sector,” said Ian Constance, chief executive of APC.

The APC has backed five deals totaling £73 million that was announced on Friday, including the Toyota one.

In Bridgwater, Somerset, a novel technology for producing permanent magnet electric motors is being developed. In Glasgow, a hydrogen fuel cell-powered HGV cab and tractor unit is being planned.

Slough is also working on a project to create sources of recycled aluminum alloys for the automotive industry that are lower carbon and less expensive, and Basildon, Essex is receiving funds to create methane-powered, off-road heavy tractors. 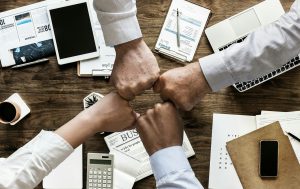