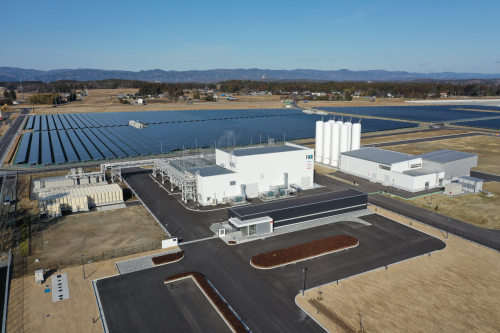 Toyota Motor Corporation (Toyota) is collaborating with Futaba Town, Namie Town, AEON TOHOKU Co., Ltd., and Toyota Motor Corporation (Toyota) to build a mobile retail business that employs a fuel cell vehicle in designated reconstruction and revitalization areas. Both Futaba and Namie are in Fukushima Prefecture, and they were evacuated after the Fukushima Daiichi nuclear power facility melted down following the Great East Japan Earthquake.

With the formation of a mobile retail business, the two municipalities—which are progressively repopulating—and the two corporations participating in the deal want to assist citizens who are having difficulty with routine shopping. The goal is to contribute to regional sustainability and environmental conservation in order to boost reconstruction activities following the Great East Japan Earthquake by leveraging respective resources and experience.

The agreement’s particular measures include for AEON TOHOKU, the principal party engaged, to create a mobile retail company on June 10 to serve Specified Reconstruction and Revitalization Bases and other regions in Futaba Town and Namie Town where inhabitants have an urgent need for shopping assistance. The business, which will be centred on AEON Namie Store, will attempt to assist local residents with shopping and to develop a community that will nurture peace of mind among both locals returning to the two towns and those planning to migrate to those locations.

As a consequence, it is envisaged that the company would speed up the removal of evacuation orders for Futaba Town and Namie Town’s Specified Reconstruction and Revitalization Bases.

Furthermore, in order to achieve a carbon-neutral society by 2050, AEON TOHOKU and Toyota, in collaboration with Futaba Town and Namie Town, seek to contribute to the development of a future sustainable community based on hydrogen. The first hydrogen-powered fuel cell (FC) mobile retail vehicle will be used to achieve this goal.

AEON TOHOKU launched the AEON Namie Store in July 2019 to help the rehabilitation of the Hamadori region of Fukushima Prefecture, which was severely damaged by the Great East Japan Earthquake and subsequent nuclear accident.

Toyota is studying how hydrogen-based technologies might be adopted to help develop cities of the future utilizing hydrogen generated in Fukushima, primarily in conjunction with Fukushima Prefecture—including Namie Town, where the Fukushima Hydrogen Energy Research Field (FH2R) is located.

The FH2R was built with a 10MW-class hydrogen production unit fuelled by renewable energy. Using renewable energy, the FH2R can create up to 1,200 Nm3 of hydrogen per hour (rated power operation). Because renewable energy output varies widely, FH2R will react to supply and demand in the power grid to maximize energy usage while building low-cost, green hydrogen generation technology.

The hydrogen produced at FH2R will be utilized to power stationary hydrogen fuel cell systems as well as mobility devices such as hydrogen automobiles and buses.

The four signatories’ primary responsibilities are as follows:

Futaba Town and Namie Town are two towns in Futaba. Futaba Town and Namie Town will give information on regions where there is an urgent need for shopping assistance, such as residents desire for a mobile retail alternative, the placement of current businesses in towns, and senior persons’ living situations. The two towns will collaborate with partner firms to address difficulties that local inhabitants experience in order to establish a more sustainable community.

TOHOKU AEON. AEON TOHOKU will start a mobile retail operation in locations where shopping assistance is much needed. It will also try to establish communal spaces in the two communities and give services to entice locals to come home.

Toyota. In the shape of the world’s first fuel cell mobile retail vehicle, the firm will deliver next-generation mobility.

British Steel on the way to green hydrogen future