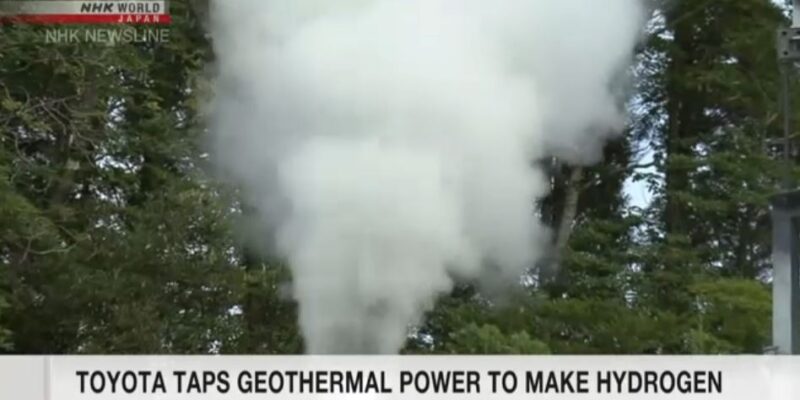 Toyota Motor Corporation together with a major construction company will begin a project using hydrogen produced with geothermal energy.

By using this method, carbon dioxide will not be generated during its production process.

The hydrogen will then be supplied to Toyota’s factory in Fukuoka Prefecture in Kyushu to be used with fuel cells in forklifts.

The car maker has already put this method into good use.

The company is utilizing the hydrogen as fuel for a vehicle equipped with a hydrogen engine at a race being held in Oita from Saturday.

Toyota has been selling hydrogen fuel cell vehicles in the market as it eyes hydrogen as a next generation energy source.

Toyota’s president Toyoda Akio said that the company will look for more partners to realize a hydrogen-driven society.