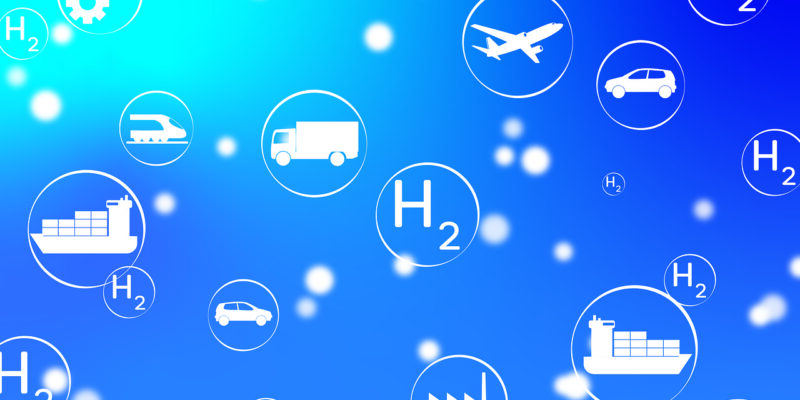 The University of Dusiburg-Essen (UDE) is working with partners to investigate how green hydrogen can be transported in the form of iron. To this end, it is coordinating a project funded by the German Federal Ministry of Education and Research.

Hydrogen (H2) is highly flammable, highly volatile and embrittles many materials. So far, this combination has made transport costly and inefficient. One possibility is to store and transport hydrogen as ammonia. A team led by Dr.-Ing. Rüdiger Deike, UDE professor of metallurgy and forming technology, on the other hand, is pursuing an approach whose cycle would look like this, for example:

In a place with high solar radiation and readily available water resources, e.g. on the African continent, in Australia or South America, photovoltaic systems supply electrical energy. This is used to split water into oxygen and H2. Now iron ore (iron oxide) is added for the subsequent chemical reaction. Here, iron is produced by reduction with hydrogen and is shipped in the form of mini-briquettes or spherical pellets without environmental risk. At the destination, the reverse reaction is initiated to yield hydrogen and iron oxide again.

Although the basic iron-steam process has been known for a long time, much remains unexplained: the engineer:ing team basically wants to identify suitable iron alloys that can undergo the chemical reactions as many times as possible without loss. “In order to develop the most efficient combination – of the best material systems and the process technology adapted to them,” explains project coordinator Deike.

The “Me2H2 iron-steam process” project largely involves basic research. Nevertheless, the ultimate goal is a concept for process and plant technology on a large, industrial scale.

The German Federal Ministry of Education and Research (BMBF) is funding the project, which has just started, for three years with a total of 1.3 million euros as part of the “Hydrogen Republic of Germany” ideas competition. In addition to the engineers at the UDE, the Clausthal University of Technology and the Leibniz Institute for Materials-Oriented Technologies (IWT) in Bremen are also involved. Associated partners are thyssenkrupp Steel Europe AG and SMS group GmbH.