An exclusive pressure-reducing regulator from Emerson has been made available for use in commercial hydrogen fuel cell vehicles.

Increased fuel efficiency and longer fuel cell life are benefits of stable pressure. The HV-3500’s dependable fuel pressure enables drivers to travel further between fill-ups and reduces the possibility of downstream overpressurization, which might lead to leaks, lost fuel, and potential emissions. For the HV-3500 to be in conformity with EC79 criteria for pressure regulators used in hydrogen cars, it has to be designed, engineered, and independently tested.

A wide range of technologies are being investigated by the global trucking sector to reduce pollution. The headlines have been dominated by battery electric and hydrogen fuel cell systems, but there is still room for alternatives like natural gas or the hydrogen internal combustion engine (ICE) along the road.

Engine expert Cummins is keeping a close eye on industry changes and maintaining a variety of alternatives for its clients who purchase commercial vehicles. While the supplier adopts a powertrain-neutral strategy for reducing emissions, Jim Nebergall, General Manager of the Hydrogen Engine Business, is responsible for leading its global efforts to explicitly commercialize hydrogen-fueled ICE

The Port of Corpus Christi Authority has been urged by the US Department of Energy (DOE) Office of Clean Energy Demonstration to submit a complete application for its Horizons Clean Hydrogen Hub (HCH2) through the Regional Clean Hydrogen Hubs Program.

The Port of Corpus Christi is the main applicant for the HCH2 and the connecting element between each of the roughly twenty separate clean hydrogen production projects in the proposed Hub because it is a landlord port authority and the owner of the most improved, most effective ship channel on the US Gulf Coast. Around 30 private sector team members are identified as owners, developers and/or operators, offtakers, and end users of various hydrogen value chain projects and supporting infrastructure in the HCH2 Concept Paper, which was submitted to the DOE on November 7.

Hydrogen is already used in some refinery activities close to the Port of Corpus Christi, and a number of other businesses may switch to hydrogen as a low-carbon substitute for natural gas to power their operations. The 110 miles of current hydrogen pipes in the area will be used by HCH2 projects to transport hydrogen, as well as being expanded. Hydrogen will most likely be converted into ammonia, a bigger, more stable molecule that may either be used directly as an energy source or processed to produce free hydrogen, as it is being exported from the Hub by rail or ship.

By virtue of a common carrier, connective infrastructure, HCH2 will link large-scale clean hydrogen generation in the West South-Central U.S. with domestic, extra-regional, and worldwide end customers. This will reduce risk and speed up a number of projects. Three rounds of deployment for HCH2 are planned, with maturity times staggered to meet both current and future demand. The project developers in the HCH2 include a mix of stalwarts of the energy industry, such as longtime Port clients and well-funded start-ups that the Port has approved. 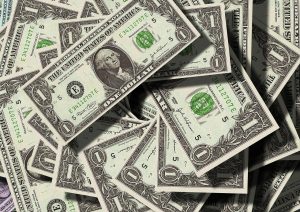