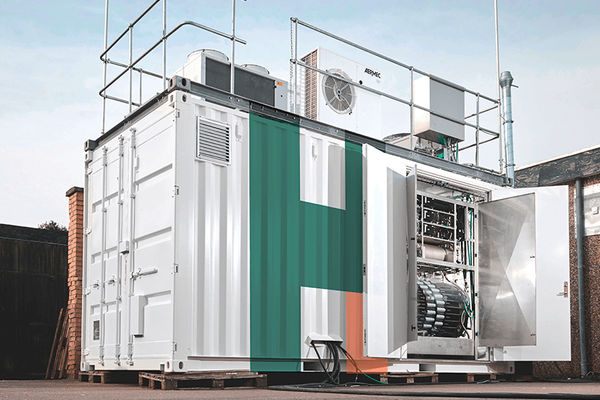 Two hydrogen plant projects in Denmark have been announced by a Nantes start-up specializing in green hydrogen production. The first plan calls for the installation of 12 megawatts of electrolysers by the end of 2022.

Lhyfe did not wait for its first hydrogen production plant in France to open before expanding internationally. On May 25, a young Nantes company specializing in green hydrogen announced its participation in two Danish projects.

GreenLab, “a 600,000 m2 green industrial energy park located near Skive [in the north-west of the country, in central Jutland, note], one of the first official and regulatory energy test areas in Europe,” will host the installation. According to the press release, the hydrogen generated will be used to power the production of methanol, which will be used in industrial sites and for mobility.

Lhyfe also announced its involvement in the GreenHyScale project, which aims to build a 100 MW electrolysis plant capable of producing 30 tonnes of renewable hydrogen per day by 2024. The GreenHyScale consortium has begun the preparation phase of a € 30 million grant agreement with the European Executive Agency for Climate, Infrastructure and Environment in response to a call for European projects under Green Deal 2.2. (CINEA). Green Hydrogen Systems’ new “multi-MW alkaline electrolyzer platform” will be used in the project.

Lhyfe plans to open its green hydrogen production plant near Bouin, Vendée, this summer, which will be powered by wind turbines to produce 300 kg of hydrogen per day. Lhyfe has developed expertise in the direct coupling of renewable (and thus intermittent) electricity generation facilities with hydrogen electrolysers. Because the latter, like most machines, dislike multiple stops and restarts, the start-up claims to have developed intermittence-adapted equipment as well as software to control the installation.

Ukraine to produce pink and green hydrogen by 2030