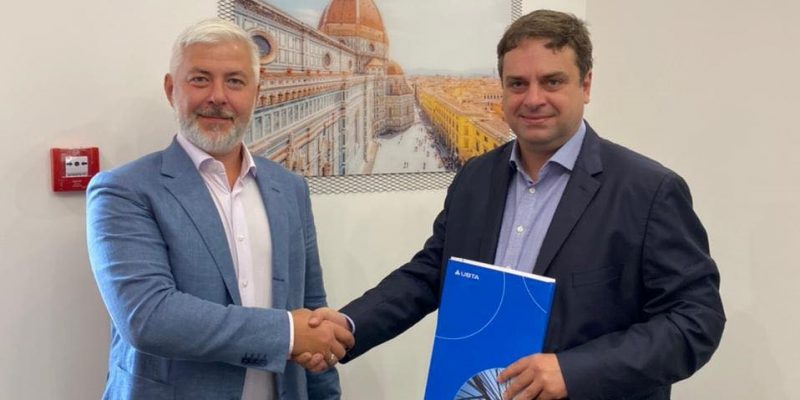 One of the most important areas of global energy development is renewable energy, namely the production and utilization of hydrogen as an energy carrier.

Ukraine possesses all of the necessary conditions for rapid development in this area.

The collaborative efforts of various parties are a crucial component of the effective development of hydrogen energy. Oleksandr Riepkin, President of the Ukrainian Hydrogen Council, and Dmytro Los, Chairman of the Board of the Ukrainian Business and Trade Association (UBTA), signed a Memorandum yesterday.

“The hydrogen industry is in a period of transition in human consciousness: just as oil was once discovered and used, candles were replaced in homes with light bulbs, or switched from horses to cars, so is the transition from mineral resources consumption to renewable energy. Hydrogen is a logical continuation of the theme of “green” energy”, noted Oleksandr Riepkin.

“One of the main topics of our cooperation with the Ukrainian Hydrogen Council is participation in the development of the national hydrogen strategy of Ukraine, as well as comprehensive assistance in promoting the state’s potential in the field of renewable and hydrogen energy. Such initiatives in the near future will show not only the Ukrainian but also the world community the power of the country and its capabilities”, said Dmytro Los.