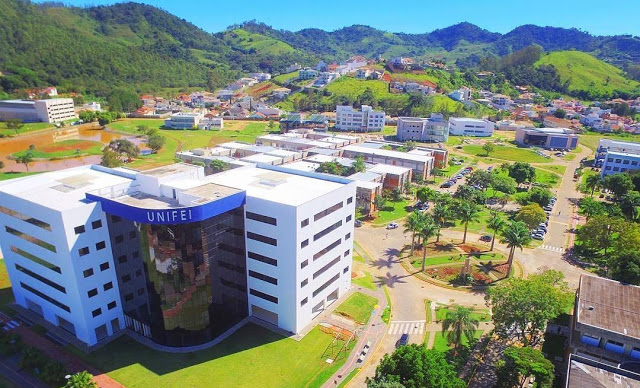 The Federal University of Itajubá, Unifei, in Minas Gerais’s south received word that GIZ (Gesellschaft für Internationale Zusammenarbeit) had chosen the German Agency for International Cooperation to receive a resource allocation of 5 million euros, or over 30 million reais in direct conversion, for the construction of the Green Hydrogen Production and Research Center, CPPHV.

The Federal University of Itajubá will become a global leader in sustainable energy development with the completion of the Center. Hydrogen has the potential to replace all fossil fuels, with the added benefit of not contributing to harmful gas emissions to the environment.

The establishment of a center devoted to the manufacture and research of hydrogen-related technologies establishes Unifei as a global leader in the field.

Unifei already supports a number of efforts aimed at obtaining hydrogen through gas reforming and using hydrogen in combustion engines. The Center for Excellence in Thermoelectric and Distributed Generation, NEST, and the Group of Investigations in Energy Conversion Technologies, GETEC, are conducting these hydrogen studies. The participation of the GHG (Energy Studies Group) through the building of the CPPHV will add even more to the development of works involving the use of hydrogen that are now underway, in addition to these already underway operations.

The CPPHV, which has a capacity of 1 MW and is slated to be completed in 2023, will be powered entirely by renewable energy, either by solar panels that will be put adjacent to the CPPHV or by CEMIG, Minas Gerais’ electric energy concessionaire, who will deliver 100 percent renewable energy. As a result, CPPHV will have a number of high-quality resources, such as an electrolyser, storage tank, fuel cell, and others, to support the development of research with industrial partners and business incubation aimed at spreading hydrogen usage.

The CPPHV construction and development project included various collaborations with institutions like as Unifei, which believe in the promise of research and hydrogen as a sustainable fuel. “We already have the interest demonstrated by CEMIG in dealing with energy storage and peak shaving, and by the AMAGGI Group (biggest Brazilian producer of grains and vegetable fibers) in the creation of fertilizers,” says volunteer professor Jamil Haddad. Memorandums of Understanding (MoU) were signed with FIAT Stellantis for the use of green steel, MWM and AVL for fuel conversion, and the Municipality of Itajubá for urban mobility with the use of hydrogen-powered school buses. VALE Energia was also consulted on the usage of green hydrogen in off-road vehicles, railways, and steel. ThyssenKrupp, led by Paulo Alvarenga, a former student of ours, will provide important technological help. Contributions from MAHLE, PS Soluçes, FAPEPE, and INOVAI, among others, should be included in this list. “

“This program is in line with the founding aims of our Unifei, which established energy sustainability as its fundamental drive in 1913. It is an intangible capital that was established over a century ago and cannot be dismissed in any manner. Professor Edson Bortoni, the Dean of Unifei, states, “This is the Unifei brand.”

“Of course, any researcher at our university is allowed to work in whichever sector of science he or she finds most fascinating. However, if any of his discoveries touch on the energy issue, he will undoubtedly be able to use this intangible capital to simplify the acquisition of resources and propel his researches,” concludes Professor Ancelotti, Vice-Rector of Unifei.

“I’d like to express my heartfelt gratitude to everyone at Unifei Itabira and Itajubá, from administrative technicians to teachers, for providing laboratories, financial resources, and lectures that assisted us in promoting Unifei and achieving this project that is so important to us,” says the Dean of Unifei.