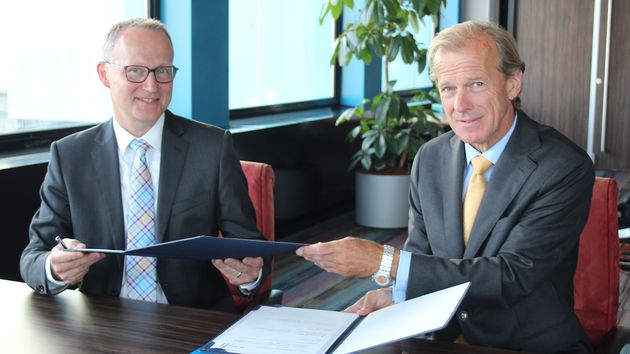 Uniper Energy and the Port of Rotterdam Authority have reached an agreement to promote green hydrogen production at the Uniper site on Maasvlakte.

These ideas are based on the conclusions of a recent feasibility study and are consistent with the planned expansion of hydrogen infrastructure and the growing need for sustainable hydrogen in the Rotterdam petrochemical industry.

This arrangement, outlined in a memorandum of understanding (MOU), is a significant milestone in the region’s continued growth of the hydrogen value chain. Rotterdam is home to more than half of all Dutch IPCEI* hydrogen projects. Uniper’s concept is also on the Dutch IPCEI shortlist.

The recently completed collaborative feasibility study demonstrates that the Uniper location on Maasvlakte is appropriate for large-scale green hydrogen generation using wind energy generated in the North Sea. The Uniper hydrogen plant will be connected to the Port of Rotterdam’s HyTransport.RTM pipeline. Additionally, the Uniper facility is connected to the national hydrogen infrastructure and the Delta Corridor pipeline bundle via the pipeline. The latter project aims to supply hydrogen to chemical clusters in Moerdijk and Geleen (Chemelot), as well as to locations further afield in North Rhine-Westphalia.

At the moment, hydrogen is created from natural gas, a process known as grey hydrogen, which results in CO2 emissions totaling 19 million tonnes in the Netherlands. Annually, industry in the Rotterdam area utilizes approximately 77PJ of hydrogen (roughly 40 percent of the total hydrogen consumption in the Netherlands). The shift of the Rotterdam industry from grey hydrogen to sustainable green hydrogen for the production of cleaner fuels and as a raw material in the chemical sector is a significant step toward carbon neutrality. When combined with the import of sustainable hydrogen, adequate storage capacity, and a national and international hydrogen transportation network, this might result in the complete elimination of grey hydrogen generation.

The FEED (front-end engineering and design) study is the next critical step in the Uniper project. This nine-month study is now being outsourced and should produce detailed findings for the conceptual design of the electrolysis installation (100MW initially with an option to raise capacity to 500MW), project planning, and a realistic budget. With the assistance of these results, the initial phase of this one-of-a-kind electrolysis plant can be contracted out to a variety of specialized suppliers and contractors.

Soon, the first steps will be taken to obtain the necessary permits, to seek (financial) assistance from various authorities, to enter into agreements with the value chain’s important partners, and to prepare an investment decision for 2022.

‘We have the strong ambition to convert our Maasvlakte location into a major link in the new European hydrogen value chain in close collaboration with the Port of Rotterdam Authority and other partners,’ says Yolande Verbeek, director of Uniper Benelux. ‘There is a host of opportunities, not only for Uniper but also for other players in the chain. Together we can use sustainable hydrogen to reduce CO2levels in Rotterdam significantly.’

Rotterdam is a vital energy hub for Western Europe. Approximately 13% of Europe’s energy supply enters the European Union via Rotterdam today. The port aspires to be carbon neutral by 2050 while continuing to play a critical role in Europe’s energy system. By that time, the Port Authority anticipates that around 20 tonnes of hydrogen will have flowed through the port to consumers in the Netherlands and elsewhere.

‘The industry has to go through a massive change in making its business processes more sustainable,’ says Allard Castelein, CEO of the Port of Rotterdam Authority. ‘Hydrogen will play a central role in this process. We are working with partners towards the introduction of a large-scale hydrogen network across the port complex, making Rotterdam an international hub for hydrogen production and import and for the transit of hydrogen to other countries in Northwestern Europe. This explains why initiatives like this Uniper project are so important for the future of Rotterdam and the Netherlands.’ 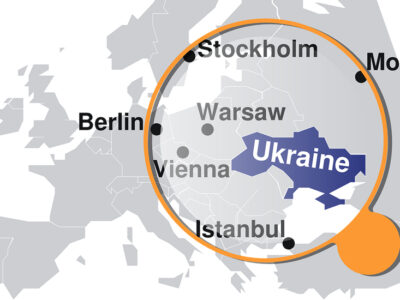