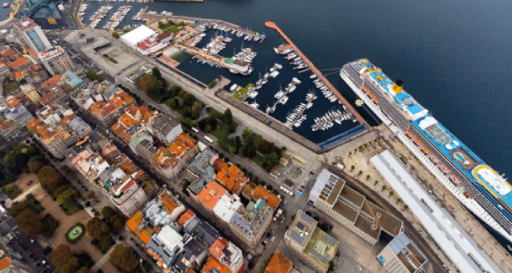 Spanish-Japanese company Univergy Solar, will coordinate the “Julio Verne” green hydrogen project recently presented to the General Directorate of Energy Policy of the Xunta de Galicia, which will be carried out together with a group of experienced promoters such as Quantum, Soltec, ANFACO and Buran Habitat.

The project arises from the collaboration during the last months between the Port Authority of Vigo and companies and entities such as Aclunaga, CTAG, Energylab, Neuwalme or Exportrends.

The final objective of the “Jules Verne” project will be the generation and dispensing of renewable hydrogen for its application in logistic operations in the port of Vigo, both for land and maritime mobility, as well as for port operations and industrial applications.

Julio Hidalgo, Director of the Hydrogen Division of Univergy Solar, has highlighted “the importance and responsibility associated with the coordination of the “Jules Verne” Hydrogen project in the Port of Vigo, as it will be a model to follow for the extensive network of seaports in Spain, not only for providing clean energy to them, but also for the advances it represents in technology and job creation”. Univergy will also contribute to the export of this model to other countries where it has business development, such as Chile or Uruguay, and where it has already initiated local contacts for its implementation.

Univergy’s hydrogen generation projects use both alkaline electrolyzer technology and PEM membrane technology. These technologies are used interchangeably depending on the location and size of the projects. In addition, for stand-alone projects and for other industrial and domestic applications, fuel cells will be used to meet the power generation and stability requirements of its customers.

Europe is betting heavily on the massive use of green hydrogen to accelerate the energy transition. The most conservative estimates indicate that it will be necessary to triple the currently installed renewable power to meet the demand for green hydrogen in the next 20 to 30 years. This means that by 2050, at least two out of every three MW of installed renewable power will be dedicated to hydrogen production.