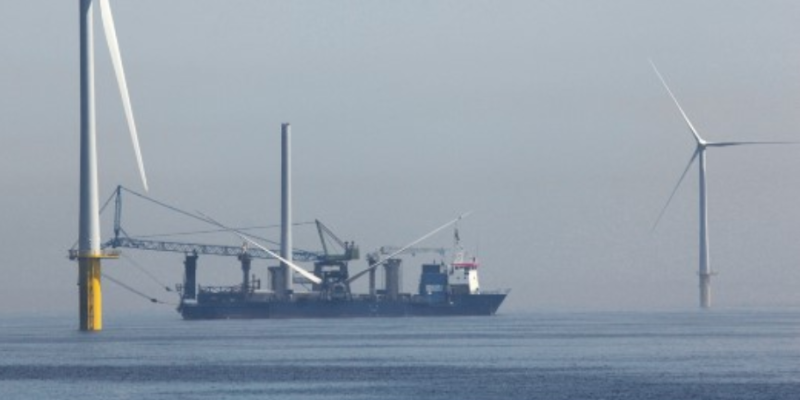 Vattenfall plans to build a hydrogen production facility in the North Sea in the near future.

With a bid for lot VII at Hollandse Kust West offshore wind farm expected to be awarded in the fall, Vattenfall plans to build the world’s first hydrogen cluster.

Electrolysers will be installed in three different wind turbines to reduce the amount of carbon dioxide generated. As a result of this, the hydrogen produced by the plant will be fed into a hydrogen network in the Port of Rotterdam. The hydrogen will then be delivered to customers via a pipeline system, similar to how natural gas is delivered to homes and businesses.

Onshore hydrogen plant plans abound, but the number of offshore hydrogen production plans is sparse. Additionally, it will relieve strain on the nation’s overburdened onshore power grids. As a non-fossil fuel, hydrogen will play a significant role in the energy mix. Sustainable energy supply and increased electrification necessitate this step.

Hydrogen turbines that are self-sufficient

To develop the world’s first hydrogen turbine near Aberdeen, Vattenfall received financial assistance from the Scottish government earlier this year. For Vattenfall, Hollandse Kust West will serve as a stepping stone to connecting more hydrogen turbines.

Containers are placed on special platforms in the hydrogen cluster, which is made up of three turbines. Batteries, transformers, and electrolyser modules are all inside these containers. These containers, when used in tandem, enable the production of hydrogen from the electricity generated by wind turbines. The cluster’s planned capacity is 45 MW.

A gas that can be converted to electricity without emitting CO2 is hydrogen, and this gas is used in industries where reducing emissions is difficult due to the high temperatures involved. Electrolysis, a water-energised process, can separate oxygen from hydrogen. Energy is released when hydrogen is re-introduced to oxygen. The only remaining product is water, which is completely pollution-free.