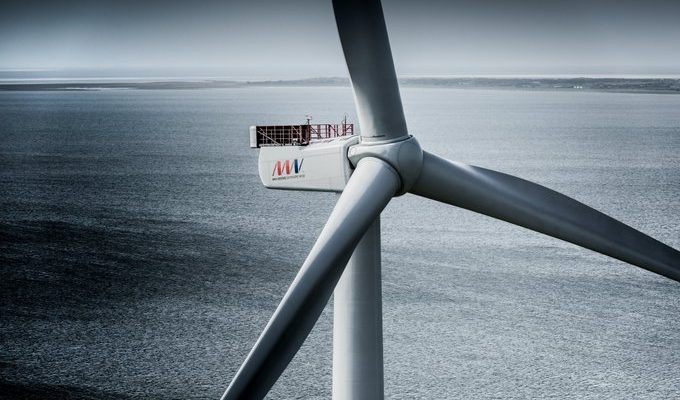 MHI on the other hand will acquire 2.5 percent in Vestas and be nominated to a seat in Vestas’ Board of Directors.

Vestas will acquire MHI’s 50 percent interest in the MVOW joint venture against the 5,049,337 shares in Vestas to be issued at the close of the deal, representing 2.5 percent of the nominal share capital of Vestas following the capital increase.

The transaction is priced at approximately €709 million, on the basis of the volume-weighted average price of the shares in Vestas.

Following a decision taken by the Board of Directors of Vestas, and subject to the completion of the deal, the share capital of Vestas shall be increased by a nominal value of DKK 5 049 337, split into shares of DKK 1 each, subject to the authorisation provided for in Article 3(1)(b) of the Articles of association of Vestas.

If the transaction is authorised by the competition authorities, MHI will subscribe, through MHI Holding Denmark (MHI Denmark), for a nominal amount of DKK 5,049,337 new shares, divided into DKK 1 shares each, by means of a donation in the form of shares of MHI Denmark in the joint venture MHI Vestas Offshore Wind (MVOW).

The new shares shall be subscribed at a price of DKK 1,045 per share of a nominal value of DKK 1, measured as the volume-weighted average of the price of the shares in Vestas.

MHI Denmark shall make the subscription and payment of new shares on the date of completion of the deal, but not later than 12 months after the date of the Board of Directors’ decision to issue the shares.

In order to ensure that any adjustments in the size of the nominal value of Vestas shares do not subsequently affect MHI Denmark’s proportionate holdings, Vestas is subject to certain obligations to grant MHI Denmark rights to subscribe for shares against cash payment in the event of a rights issue to shareholders in the time up to the closing of the deal.

The new shares shall have the same rank (‘pari passu’) as the current shares in Vestas and shall be entitled to a dividend from the date of registration with the Danish business authority of the capital increase.

Following the completion of the capital increase, Vestas ‘s registered share capital would amount to DKK 201,973,452 nominally, divided into DKK 1 shares of 201,973,452 each.

The new shares are expected to be admitted to the Nasdaq Copenhagen trading and official listing as soon as possible after the closing of the deal.

The issue of shares shall be made in compliance with the relevant exemptions from the requirement to publish a prospectus at market value and without pre-emption rights for current shareholders of Vestas as a targeted issue and private placement.

The preparation of Vestas for the anticipated incorporation of MVOW into the Vestas community will begin immediately and continue until the closing of the deal, concentrating on synergies in distribution, technology, production footprint and procurement in order to retain consumer relationships, lower costs and create a strong shared culture of Vestas.

Johnny Thomsen, CEO of MVOW, Tatsuichiro Honda, co-CEO and chief financial officer of MVOW, Kentaro Hosomi, deputy chairman of MVOW and CEO, Energy Systems, MHI, and Henrik Andersen, chairman of MVOW and group president and CEO of Vestas, will be the executive management of MVOW until the closing of the deal.

For 2020, MVOW is expected to record consolidated sales of approximately €1.4 illionn on a stand-alone basis, with an EBIT margin of about 4 percent.