The Victorian government has allocated $14 million to the construction of a battery factory and a regional hydrogen hub on university campuses throughout the state.

The Hycel Technology Hub on the Warrnambool campus of Deakin University will receive $9 million to research and test hydrogen fuel technology.

“To really make that step change where hydrogen becomes a viable option. Particularly for those sectors that are very difficult to decarbonize, so heavy transport in particular, finding a substitute for natural gas with the low carbon footprint. Importantly, it’ll be a facility that will interface directly with communities, and particularly regional communities, to build that social licence so that when hydrogen becomes a viable large scale economy that the community is ready to accept it and we have a trained workforce that knows how to implement safely.”

Dr Panow said the funding would help the development of hydrogen technology at scale.

“What we’ve heard very clearly from our global collaborators is that the research out of a laboratory can’t enter global supply chains unless it’s been demonstrated at scale. That’s why the investment needs to be substantial — so you can manufacture, you can build the small and medium enterprise sector to convert the fantastic science into a scale that a manufacturer can pick up and realise it’s viable, it’s safe and it can be implemented. The regional location is perhaps often underestimated in its importance. Hydrogen lends itself very well to that long distance travel and the local industry in the south west of Victoria — dairy, forestry and manufacturing in that area. Hydrogen enables that whole sector at alternatives in how it’s going to decarbonize.”

Additionally, Deakin University intends to transfer its Warrnambool campus from natural gas to hydrogen and to convert the Warrnambool Bus Lines fleet to renewable energy.

The battery facility will feature a testing lab and a pilot production line for lithium and sodium battery research and manufacturing.

The improved batteries are likely to be employed in a variety of applications, including defense, agriculture, disaster relief, and the health care industry.

The state government stated that the facilities will support 290 employment in research and production, with an additional 78 jobs likely to be created during the buildings’ development next year.

Gayle Tierney, Minister for Higher Education, who assisted in launching the project funding this morning, said it was an excellent investment in future businesses.

“These projects will create world-class training and research facilities right here in Victoria, with huge benefits not just on skills and training but also industry and our economy,” she said. 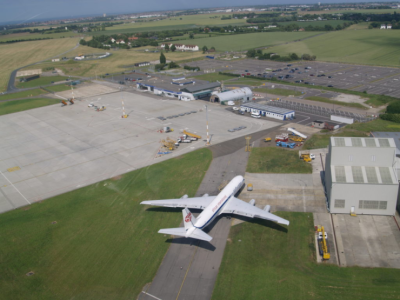