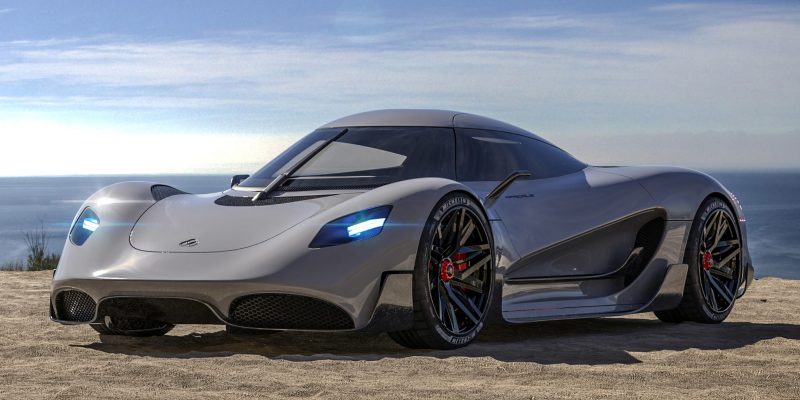 Apricale is a successor to the all-electric Lotus Ebiya and the upcoming Tesla Roadster hydrogen fuel cell, but it is much more exclusive than its competitors. Only 25 units will be made.

Apricale’s specifications have yet to be authenticated, but the company has stated that “we will challenge the world’s fastest battery hypercar.” As a result, the card could produce over 750kW and reach speeds of over 320km/h.

The house was designed by Viritech in England. The Apricale platform and powertrain will be developed and tested at the MIRA Technology Park in Nuneaton over the next two years. In 2022, the first Apricale prototype will be available.

Apricale production is set to begin in 2023, with annual sales of 8-12 units being the company’s target. It may seem tiny, but the brand is more concerned with its goals than with selling hypercars.

Apricale serves as a technology showcase for Viritech, which aspires to be the “World’s Leading Supplier of Hydrogen Powertrain Solutions.” In the end, the company wants to sell storage tanks, control systems, and powertrains to OEMs in the transportation industry, including automotive, marine, and even aerospace.