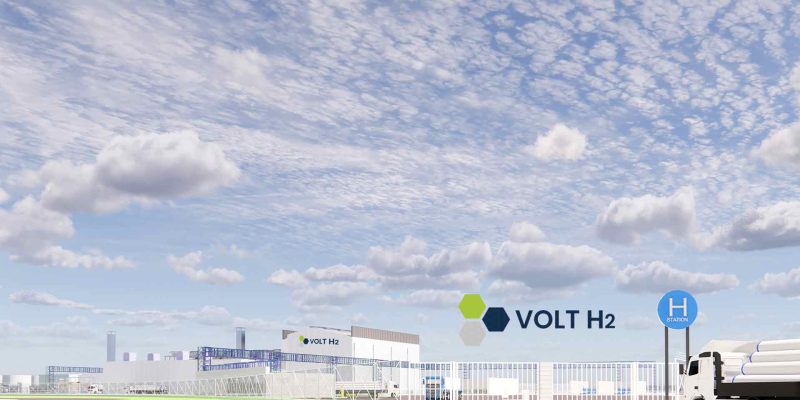 The first large-scale green hydrogen production facility in the Benelux region has been granted building and environmental licenses by VoltH2.

The 25 MW green hydrogen plant of VoltH2 can produce up to 3,500 tonnes of green hydrogen per year, scalable up to 100 MW, and is strategically located in the North Sea Port Vlissingen, within an industrial cluster and close to existing high voltage power and gas infrastructure as well as large renewable power assets for the supply of green electrons (14,000 tonnes). An access point for the planned European Hydrogen Backbone – a dedicated hydrogen infrastructure criss-crossing Europe – will be developed close to the Facility, allowing immediate access.

A second green hydrogen plant in Terneuzen, jointly developed by VoltH2 and Virya Energy, with an initial capacity of 3,500 tonnes hydrogen per year and scalable up to 75 MW, is likewise in the advanced stages of permitting (10,500 tonnes). Besides the United States, VoltH2 is also expanding its presence in Europe with new facilities in Belgium, France, and Germany.

Green hydrogen plants in Vlissingen and Terneuzen, designed by top engineering firm Sweco for VoltH2, will have specialized hydrogen storage and access to multimodal distribution infrastructure.

This pioneering initiative has received great backing from North Sea Port and the Province of Zeeland, who regard green hydrogen infrastructure development as a crucial component for future growth in the Port area, according to VoltH2.

Jo-Annes de Bat, Provincial Executive of Zeeland commented: “VoltH2’s projects for two hydrogen electrolysers in Vlissingen and Terneuzen is a good example of how we want to lead the way with green hydrogen in the province of Zeeland. An excellent initiative that shows how we can bring the sustainability of industry and transport, in combination with the large supply of sustainable electricity in the province, a big step forward in the short term”.