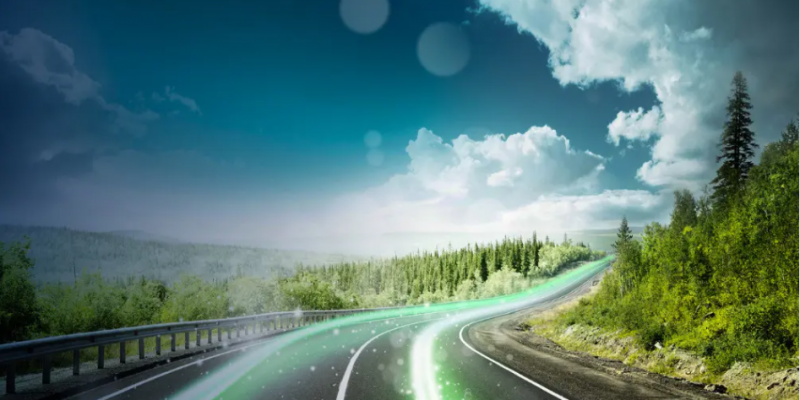 As part of an industry-first commitment to promote the use of hydrogen-based fuel cells for long-haul trucks and beyond, Volvo Group and Daimler Truck AG formally outlined their groundbreaking vision for the upcoming fuel-cell joint venture cell-centric.

Cell-centric will develop one of Europe’s largest planned series production of fuel-cell systems, with operations set to begin in 2025, with the aim of becoming a leading global manufacturer of fuel-cell systems. The two cell-centric shareholders advocate for a harmonized EU hydrogen policy structure to promote the technology becoming a viable commercial option in order to speed up the deployment of hydrogen-based fuel cells.

Martin Daum, CEO of Daimler Truck AG, and Martin Lundstedt, CEO of Volvo Group, led an exclusive digital launch today to announce these ambitions. Cell-centric will design, manufacture, and commercialize fuel-cell systems for long-haul trucking and other applications as part of the European Green Deal’s 2050 goals for sustainable transportation and a carbon-neutral Europe. Both Daimler Truck AG and Volvo Group have decades of experience and development work to contribute to the joint venture.

Depending on the individual customer use case, solely battery-electric and hydrogen-based fuel-cell trucks will complement each other, according to Daimler Truck AG and Volvo Group. For lighter loads and shorter distances, battery power will be the preferred choice, while fuel-cell power will be the preferred option for heavier loads and longer distances.

“Our united goal is to meet the goals in the Paris agreement of being CO2-neutral by 2050 at the latest,” says Martin Lundstedt, CEO of Volvo Group. We are persuaded that hydrogen fuel-cell technology would be critical in assisting us in reaching that goal. But we still recognize that there is much more to be done than just electrifying computers and cars. To develop the necessary technologies and infrastructure, more collaboration between public and private stakeholders is needed, which is why we are urging policymakers and governments around the world to work together to make hydrogen fuel-cell technology a success. Cell-centric partnerships are critical to our goal of decarbonizing road transportation.”

As a result, the major European truck manufacturers, including Daimler Truck AG and Volvo Group, are calling for the construction of about 300 high-performance hydrogen refueling stations suitable for heavy-duty vehicles by 2025 and about 1,000 hydrogen refueling stations by 2030 in Europe. One crucial aspect of decarbonizing road transport is this joint project, which uses hydrogen as a carrier of renewable energy to fuel electric trucks in long-haul operations.

A policy structure is needed to ensure demand and availability of CO2-neutral trucks, which are currently substantially more costly than traditional vehicles. Incentives for CO2-neutral technology and a taxation scheme focused on carbon and energy content, according to Daimler Truck AG and Volvo Group. Another alternative is to implement a carbon trading scheme.

Cell-centric is currently conceptualizing its large-scale series development plans. Over the course of 2022, more information and a decision on the location will be announced. Preparations for pre-series production are underway at a new site in Esslingen, near Stuttgart, as a major move toward series production. Simultaneously, cell-centric is ramping up prototype production.

The target of Daimler Truck AG and Volvo Group is to begin customer testing of fuel-cell trucks in about three years and to have fuel-cell trucks in series production by the second half of this decade. Since both companies are competitors in all vehicle and product lines, and especially in fuel-cell integration solutions for all products, all vehicle-related activities are carried out independently of one another.