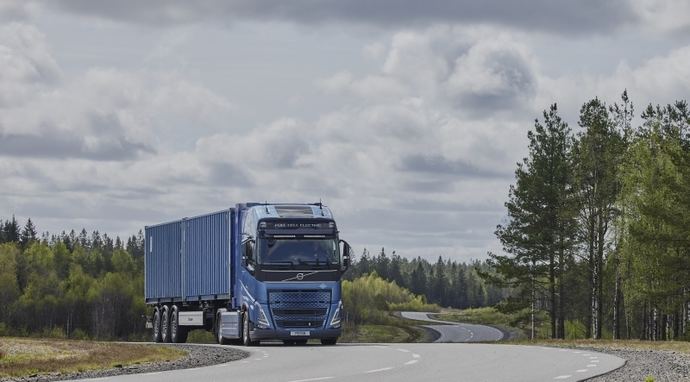 Volvo Trucks has begun testing hydrogen-fueled fuel cell cars, with the goal of achieving a range of over 1,000 kilometers.

Battery electric vehicles and trucks that operate on sustainable fuels, such as biogas, are currently available from the Swedish company. A third CO2-neutral alternative, hydrogen-powered fuel cell electric trucks, is the next stage, which it intends to bring to market in the second part of this decade.

“We’ve been working on this technology for a long time, and it’s amazing to see the first trucks successfully driving on the test track.” According to Roger Alm, President of Volvo Vehicles, “the combination of battery-electric and fuel cell electric will allow our clients to entirely remove CO2 emissions from their trucks, independent of transit activities.”

Fuel cell electric vehicles will have a range equivalent to many diesel trucks (up to 1,000 kilometers) and a refilling time of under 15 minutes. The entire weight of the vehicle might be approximately 65 tons or perhaps more, and the two fuel cells on board can create 300 kW of power.

“Hydrogen-powered fuel cell electric trucks will be particularly well-suited to long-distance travel and energy-intensive duties.” They might also be a viable solution in regions with limited battery charging options, according to Alm.

Instead of being charged from an external source, a fuel cell creates its own power from hydrogen on board, and its sole emission into the environment is water vapor.

While hydrogen is being developed, Volvo has formed partnerships to support decarbonization from a variety of angles.

Cellcentric, a joint venture between the Volvo Group and Daimler Truck AG, will supply the fuel cells. Cellcentric will create one of Europe’s largest series manufacturing facilities for fuel cells, specifically designed for heavy-duty vehicles.

Fuel cell technology is still in its infancy, and the new technology offers several advantages as well as some drawbacks. The large-scale source of green hydrogen is one of them. Another issue is that the infrastructure for recharging big trucks has yet to be created.

“We anticipate a significant growth in green hydrogen supply over the next two years since many businesses will rely on it to decrease CO2 emissions.” We cannot, however, wait to decarbonize transportation since we are already behind schedule. As a result, my message is obvious.” “All transportation businesses should begin the trip now with battery-electric, biogas, and other access solutions.” In a few years, fuel cell trucks will be an important complement to longer and larger shipments,” adds the president.