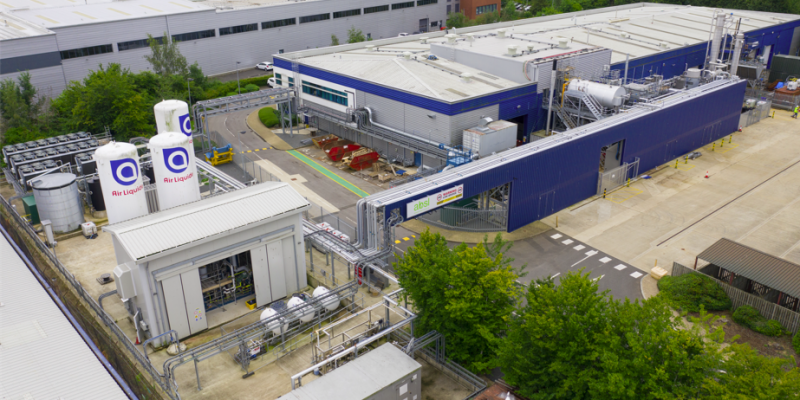 Wales & West Utilities has been granted permission by the Health and Safety Executive (HSE) to inject gas containing up to 1% hydrogen into its gas network in Swindon, the first time the HSE has authorized the usage of natural gas with a high hydrogen content on the national grid.

The gas emergency and pipeline service is collaborating with ABSL, which will inject BioSNG into the existing gas network via their Swindon plant. This immediately reduces carbon emissions by up to 5,000 tonnes for over 2,500 local households. The BioSNG produced at the plant will contain up to 1% hydrogen, necessitating an exemption from standard criteria.

In October, the plant is planned to begin injecting BioSNG into the grid.

“We’re delighted to get permission from the HSE to start injecting gas with up to 1% hydrogen into our network in Swindon. This will help reduce the carbon emissions from local homes today without any impact on our customers or their appliances. It’s another important step in demonstrating the use of the existing safe and reliable gas network in the UK to transport hydrogen.

“The 2020s must be a decade of delivery, where we put the research and development work that has been done on hydrogen into practice. This project will help support ambitious plans across the UK to convert villages to hydrogen, help heavy industry decarbonise, and meet Government’s aspirations on hydrogen for home heating,” said Sarah Williams, Wales & West Utilities Director of Regulation and Asset Strategy.

This latest initiative builds on Wales & West Utilities’ commitment to prepare the gas network for the transportation of green gases such as hydrogen and biomethane – which contributes to the decarbonisation of residential heating, heavy industry, enterprises, and transportation. Earlier this year, the company joined forces with the UK’s other gas network companies as part of the Energy Networks Association’s plan – Britain’s Hydrogen Network Plan – which detailed the activities necessary to turn Britain’s hydrogen ambitions into reality, including blending up to 20% hydrogen into local gas grids by 2023 and converting villages to run entirely on hydrogen.

“ABSL is a leading producer of low carbon fuels made from household waste. Our RadGas process operates at its highest efficiency when producing hydrogen and we are pleased to work with Wales & West Utilities to help develop the use of hydrogen in heating,” Nathan Burkey, Executive Chairman at ABSL.

Wales & West Utilities is the firm responsible for maintaining the pipelines that carry gas to heat the homes and businesses of 7.5 million people in Wales and south west England. They manage the gas emergency service, connect new homes and businesses, and upgrade the gas network to ensure it is both safe and future-proof.

Additionally, the company is committed to contributing to the goal of reaching Net Zero carbon emissions by 2050. 46 power plants connected to its network support renewable energy sources such as wind and solar, while 19 green gas plants inject enough decarbonized green gas to power around 180,000 homes. Additionally, the company’s network fuels bus garages in three places around the south west of England, enhancing air quality and reducing carbon emissions associated with public transportation.

H2X to launch its hydrogen powered Warrego Ute in November