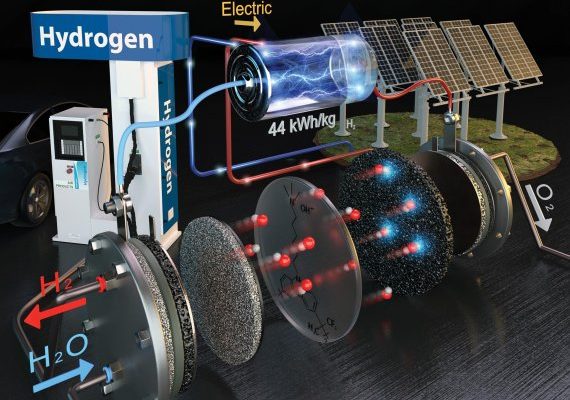 The technique to create a non-precious metal water electrolysis stack system that recovers hydrogen from water has been developed successfully by a local research team.

With an efficiency of 75.6%, a stack of three cells with a total surface area of 190 cm2 generated 40.4 L of hydrogen per hour. Furthermore, even after 2000 hours of operation, there was only a 0.2% performance decline. So far, this is the gadget that uses non-precious metals to electrolyze water that performs the best.

Dr. Choi Seung-mok stated, “By creating key source materials and pieces, this cooperative study successfully demonstrated a stack that could be commercialized. The following prediction made by Dr. Choi was that “if this technology is commercialized, it will lead the worldwide market for water electrolysis together with the localization of water electrolysis materials and parts.”

The primary core components and elements of the water electrolysis system have all been localized by the combined research team. Because the reaction to produce hydrogen from water is superior, Dr. Seung-mok Choi’s team was in charge of synthesizing a catalyst material that can be utilized for a long time. In addition, he was in charge of stack assembly and operation, fabrication technology for membrane electrode assemblies, and large-area electrode fabrication. The technique for producing anion exchange materials and polymer membranes was under the control of the team led by Dr. Jang-Yong Lee.

The group led by Dr. Choi created an electrode using a cobalt copper oxide catalyst. At this point, the weakly attached contaminants were eliminated using the decal coating technique to increase the electrode’s reactive active area. As a consequence, the activity was increased by 1.5 times in comparison to the previous electrode, and the oxygen-generating electrode’s toughness was also increased.

Additionally, the study team’s electrode and anion exchange membrane were used by Dr. Choi’s team to create a membrane electrode assembly, and the assembly’s performance was verified in a tiny unit cell. The next step was to create a 3-cell stack that was circular and had a huge area.

With the application of original materials and components to a large-area commercial stack, it is anticipated that not only would import substitution effects from localization of materials, parts, and systems are conceivable, but also export to other countries.