The Open Hydrogen Initiative (OHI) of GTI Energy and S&P Global Commodity Insights has welcomed a group of new stakeholders.

The Open Hydrogen Initiative (OHI), a collaboration between GTI Energy, S&P Global Commodity Insights, and the National Energy Technology Laboratory (NETL), was introduced in February 2022. Its goal is to increase transparency into the environmental effects of hydrogen production and assist in realizing its full potential as a key driver of energy transitions.

The OHI measuring toolbox is currently being developed, with the goal of launching demonstration projects over the next 16 months. The initial focus of stakeholder work is on characterizing hydrogen production processes in order to comprehend energy and material flows as well as the main emission hotspots.

The goal of OHI is to develop tools that are impartial, trustworthy, peer-reviewed, open-sourced, and that enable players from all facets of the hydrogen value chain to evaluate the carbon intensity of hydrogen at the asset level. The development and adoption of these technical protocols will support international trade in low-carbon hydrogen, contextualize climate solutions, and expand and harmonize the hydrogen market.

The German business Siemens and the State Agency on Alternative and Renewable Energy Sources (SAARES) under the Ministry of Energy explored the potential for leveraging the great potential of offshore wind power in Azerbaijan to produce green hydrogen.

The conversations took place at the meeting between Javid Abdullayev, director of the agency, and Yashar Musayev, a representative of the Siemens Energy company.

Abdullayev provided comprehensive information of the renewable energy projects that have been carried out in Azerbaijan. He discussed the use of hydrogen energy, the agreements made with foreign businesses in this area, and the potential for leveraging Azerbaijan’s abundant offshore wind energy to produce green hydrogen.

Musayev then gave a presentation and provided in-depth information regarding the global production of green hydrogen, the ways that industry obtains hydrogen, and the projects and technologies that are slated to be implemented in this area.

The union government intends to implement a large incentive program worth Rs 18,000 crore for the green hydrogen sector in order to significantly lower the cost of producing green hydrogen and also to meet carbon emission reduction targets.

In the coming years, fossil fuels are expected to be replaced by hydrogen and ammonia. The purest hydrogen available is “green” hydrogen, which is produced using renewable energy sources and emits no carbon dioxide.

One of the key needs for turning India from the world’s top fuel importer to a net fuel exporter is the switch to green hydrogen. 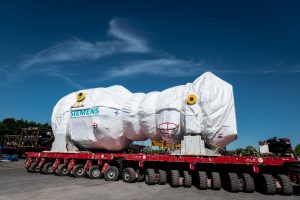