The so-called “brown fleet” in the Wadden Sea is now having its ships converted to run on hydrogen rather than diesel.

At the SRF shipyard in Harlingen, the first modified ship was unveiled. It will cost six tons to convert it into a hydrogen-powered ship, with the Wadden Fund covering around a third of that cost.

The “Green Shipping Wadden Sea Programme,” which will invest 26 million euros over the next few years to make the entire Wadden Sea fleet more sustainable, includes the conversion of the historic sailing ships.

About 300 ships make up the brown fleet, which is employed to ferry tourists through the Wadden Sea and the IJsselmeer. The wind is utilized as much as possible during sailing, but a diesel engine is used if there is no wind, the ship needs to moor, or it needs to leave. The goal is to switch as many of those dirty diesel engines over to clean, silent electric motors as possible. Hydrogen is used to generate the electricity.

The first conversion is De Overwinning. In order to examine how much power is required for the propulsion and the rest of the equipment on board, a small diesel generator will initially be on board for the power supply.

A study envisions how Rhineland-Palatinate will use hydrogen in the future. The writers believe that the federal state is at a solid starting place.

The findings of a research on Rhineland-hydrogen Palatinate’s potential were delivered to the state administration on Tuesday. Rhineland-Palatinate has an excellent starting position, according to study leader Martin Robinius of the Aachen-based consulting firm Umlaut Energy GmbH.

A feasibility study for the installation of hydrogen hubs at inland ports is planned. The conditions of the particular route determine whether a drive with hydrogen or electricity makes sense when deciding on the future drive of buses and trains.

Emmanuel Macron, the president of France, has big plans for hydrogen development. France will spend EUR 9 billion over the next eight years to encourage heavy industry to transition from fossil fuels to hydrogen and to establish environmentally friendly hydrogen production plants all throughout the nation. By 2030, green hydrogen production is expected to have increased 1,000-fold, from almost nothing today to 6.5 gigawatts, enough to meet all of France’s domestic consumption.

Success in France will rely on how much industry can be persuaded to move from fossil fuels to green hydrogen or to spend the money modernizing their manufacturing facilities to use it. The cost of green hydrogen is now far higher than that of “grey” “Despite being the same chemical, hydrogen is created through the highly polluting process of steam reforming.

Prices will need to drop dramatically for industry demand to increase, and public investment would probably be required to make up the cost difference with grey hydrogen. Subsidies will be needed, just as they were for the growth of renewable energy.

With the promise of dependable, affordable, clean power, President Macron intends to use the hydrogen revolution to reindustrialize France, luring manufacturers from abroad and energizing home manufacturing.

Lhyfe focuses on North East with hydrogen base

Lhyfe, a company that creates hydrogen, recently opened a base in the North East. According to the company’s CEO, the region is the company’s primary goal.

Following a €110 million IPO on the Euronext Paris platform, the French company picked Colin Brown to begin its UK division. Colin Brown revealed that the company is considering a number of designated sites in the North East for a potential green hydrogen production facility. And by the first quarter of 2019, he plans to expand his staff to ten members from Lhyfe’s Newcastle base.

According to Brown, Lhyfe intends to establish a project in the North East that will enable the area to see the value in producing green hydrogen. He anticipates that such a first initiative, or a number of projects, will provide economies of scale for many consumers, not just specific businesses.

Maarssenaar Christian Plevier and 22 other TU Delft students will devote their time for a year to creating the most effective hydrogen vehicle possible in an effort to educate the public about the value of hydrogen and sustainability.

A diverse student squad from TU Delft is called Eco-Runner Team Delft. Every year, they collaborate to design and construct a brand-new hydrogen-powered city automobile. The students aim to demonstrate to the world what is possible with a lot of motivation and a strong concept by continuing to develop and pushing the boundaries of what is technologically possible.

The squad intends to devote all of their efforts on breaking the world record next summer. This entails covering the farthest distance with a hydrogen-powered vehicle on a single tank of fuel.

A hydrogen combustion engine for retrofitting heavy vehicles older than five years is the goal of the Brest firm EHM (Efficient Hydrogen Motors).

She joined the Emergys incubator in November 2022, so the Technopôle Brest-Iroise team will support and be her guide for the next two years.

EHM is developing a technology that is specifically intended for hydrogen, which distinguishes it from other retrofit solutions already on the market.

A feasibility study for the production of hydrogen from biogas from the Cardiff East Waste Water Treatment Works is being conducted by Costain in collaboration with Dwr Cymru Welsh Water, Wales and West Utilities, and food and beverage manufacturer Princes Group.

The program is supported by the £1 billion Net Zero Innovation Portfolio of the UK government’s Department for Business, Energy and Industrial Strategy (BEIS), which intends to hasten the commercialization of cutting-edge clean energy technologies and procedures through the 2020s and 2030s.

The study will last for five months, with the potential for receiving additional funding in the following Stream 2B to carry out additional engineering and a demonstrator.

The feasibility study will also look into the use of various hydrogen-natural gas mixtures, demonstrating the system’s flexibility and allowing for the transfer to alternative fuels.

The province of North Holland is providing 3 million euros to promote the development of hydrogen. The province intends to use the funding to help businesses, ports, municipalities, and partnerships that are working to set up and launch hydrogen initiatives actually carry out their plans.

The goal of the Hydrogen Projects North Holland 2022 subsidy program is to promote hydrogen production, storage, transportation, and use in particular.

Project development is frequently challenging because hydrogen generation and utilization are still in their infancy. Both the federal government and the European Union offer subsidies for both the preliminary research and the project’s actual execution.

Starting on January 15, 2023, hydrogen projects can apply for a subsidy through the provincial subsidy desk. The value of the grant for each application may range from 10,000 to 250,000 euros. The program will essentially last through the end of 2024.

The $20 million vocational training facility in Beenleigh was inaugurated by the premier in collaboration with the Plumbing Industry Climate Action Center (PICAC).

The Queensland government has committed to supporting four renewable and hydrogen training facilities, and graduates from these programs will have the skills necessary to work in the state’s future energy system.

According to Palaszczuk, the center will promote more worthwhile employment prospects in Queensland’s expanding hydrogen industry.

For the two-year anniversary of HySteel, the DWV invited to the Saarland state representation last week.

The HySteel commission has achieved great things for the German steel industry over the past two years. With clear demands and recommendations for action from key issue papers drawn up jointly in the cluster and comprehensive studies on technological progress and feasibility, HySteel makes itself heard in politics.

Steel is one of the key industries in Saarland. With the Stahl Holding Saar, Saarstahl and Dillinger Hütte, Germany’s largest steel producers are based in the region. The Saarland steel industry will be an important and reliable buyer of green hydrogen in the future – that’s why the steel industry plays such a central role in Saarland’s hydrogen strategy.

The industry has sent a clear signal to politicians: the right framework conditions must be created immediately so that industry does not migrate, make investment decisions for a green steel industry and can therefore continue to produce in a competitive and sustainable manner.

At the Estonian Centre for Standardization and Accreditation, Committee EVS/TC 80 Hydrogen Technologies was founded. Its chairman is Professor Allan Niidu of Tallinn University of Technology.

A group of professionals who are interested in contributing to the creation of standards in a particular area—in this case, hydrogen technology—make up a technical committee. The committee’s duties include determining the need for standardization, creating and maintaining standards, and taking part in both international and European standardization.

The group will convene and do its business through “homework.” Technical work is completed independently, draft documents are produced, and meetings are held to finalize positions and choose the regulations’ exact wording. An overview of the existing or upcoming worldwide hydrogen standards is what EVS/TC 80 is tasked with doing as its first duty. 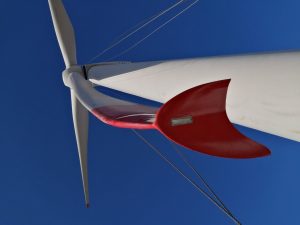