In its pursuit of a green energy future, the Department of Energy is looking for collaborators to create clean energy sources including hydrogen and ammonia fuel.

“Partnerships that will empower the government on the right application of hydrogen in the Philippine environment are welcome,” Energy Secretary Raphael Lotilla stated in a recent event.

In order to investigate hydrogen as a practical alternative and cleaner energy source as well as other advantageous applications for the nation, the DOE established the Hydrogen and Fusion Energy Committee in November 2021.

The government’s top aims are to encourage private sector engagement, implement energy efficiency and conservation measures, and support the growth and utilization of renewable energy sources.

For a developing nation like the Philippines with limited resources, Lotilla said, a low-carbon economy remains an ambitious aim since it calls for substantial capital investments, stricter laws and regulations, and the use of cutting-edge technologies.

During a distinguished visitors’ day at the SA Army Combat Training Centre (CTC) in the Northern Cape, Rheinmetall Denel Munition (RDM) used the recent Exercise Vuk’uhlome to promote the benefits of its green hydrogen mobile solution to VIPs.

Visitors and those present for the exercise were shown what the sustainable energy solution addition to the company’s product line is capable of, in addition to speaking with RDM experts about it. The night before the demonstration day, the CTC base camp was illuminated by the green hydrogen mobile solution.

RDM claims that setting up the solution, which it considers an important military option for field hospitals, bases, and camps without a consistent power source, takes less than an hour. The answer meets the overall energy requirements of rural areas.

€1.9M for hydrogen hub in Groningen

More than 1.9 million euros have been set aside by the Wadden Fund and the province of Groningen for the construction of a hydrogen hub close to Chemie Park Delfzijl. The donation from Groningen comes from the local branch of the national program there.

Green hydrogen is made available to businesses in and around Delfzijl by the hydrogen hub. They will become less reliant on fossil fuels as a result, making it simpler for them to transition to this renewable energy source in the future. Beginning in 2023, realization will begin. If the hub is successful, Delfzijl’s knowledge and experience will also be used in other Wadden Sea ports.

At the hydrogen hub, green hydrogen is compressed and momentarily stored. In hydrogen transport trailers, this compressed hydrogen is subsequently transported to clients via road. The hub serves both big firms and small and medium-sized enterprises. In the near future, it is desired that businesses have constant access to this green energy source.

The Inverness green hydrogen hub’s initial phase of development has been finished by Getech.

Phase one of the project, carried out in collaboration with SGN Commercial Services, resulted in the successful demolition of Inverness’ outdated gas holder, laying the groundwork for the site’s eventual transformation into a green hydrogen storage and distribution plant.

The location is a crucial component of Getech’s larger hydrogen network construction for the Scottish Highlands. It is perfectly situated to offer clean fuel to the hydrogen trains that will run through this area because it is located next to Inverness’ rail head.

A positive development in the process of creating a multi-hub green hydrogen network with Inverness at its center is the completion of phase one.

At Mitsubishi Gas Chemical’s Niigata Plant, PDC Machines began operating one of its “SimpleFuel” on-site hydrogen refueling systems to serve the fleet of fuel-cell forklifts there.

The SimpleFuel refueler consists of a water electrolyzer, which uses water and energy to create hydrogen, a hydrogen compressor, which raises the hydrogen to filling pressure, a pressure accumulator, which stores hydrogen, and a dispenser, which attaches a hose to the forklift truck.

The FC forklift operator can fill hydrogen closer to the workstation thanks to its tiny footprint, which makes it simple to install in a small unoccupied space in an existing factory or warehouse. This considerably increases work efficiency.

The groundbreaking REX-B engine from the Spanish firm Innegine has begun to be marketed.

This new 125 cubic centimeter, 22.7 CV engine is already being marketed by the Granada-based business. a propellant capable of boosting power while practically halving the weight and volume of combustion engines.

With models measuring three and four meters, this engine is first targeted towards large-scale radio control aviation. 15 units made constituted the engine’s first run, five of which the business has kept and the rest of which have already been sold.

Two engine models are being developed by Innengine; the first is the REX-B, a scaled-down version of the larger e Rex, which it recently released on the market. The second is the 700 cubic centimeter e Rex, which Innengine hopes will completely transform the auto industry.

The UK government wants to switch over to hydrogen boilers from natural gas since it is far more environmentally friendly.

Ministers are considering legislating that all new home boilers be “hydrogen-ready” as of 2026 in addition to allocating £100 million for nuclear and hydrogen projects.

To avoid causing homeowners any extra trouble or expense, the new policy shift will, however, happen gradually over time.

This Italian offshore, a Tullio Abbate 27, is now just a concept boat to show off the company’s efforts to marine-ize its hydrogen-based electricity generating technologies.

It can hold 21 kilograms of hydrogen to power two 300 kW batteries, but the overall power is restricted in this case to 360 kW due to the small boat’s ability to handle the required work.

On the island of Ouessant (Finistère), hydrogen bicycles propelled by the Sabella tidal turbine are being tested.

The Sabella company’s D10 tidal turbine has been supplying electricity into the Ouessant network since August. The tidal turbine, which weighs 400 tons and has a diameter of 10 meters, is submerged in the Fromveur’s current.

The demonstrator’s current capacity is 250 kW at 1 MW of power. Since Sabella has been working on tidal turbines since 2008, the fact that this is the first device to pump electricity into the national grid constitutes a significant victory in and of itself.

Boa Vista to get green hydrogen and synthetic fuel plant

In order to build a green hydrogen and synthetic fuel plant in 18 to 24 months, the Boa Vista City Council and Synthec Fuels GmbH signed an agreement of understanding.

The project “will be totally self-sufficient and will use innovative technologies of the latest generation, including the transport/export, which are already operational on an industrial scale,” according to the document, which was signed by the mayor of Boa Vista, Claudino Mendonça, and the representative of the German company Synthec Fuels GmbH, Eufemio Cascón Sáez.

A location near the Sal Rei port and the waterfront will be chosen for the construction of the green hydrogen and synthetic fuel plant, taking into account potential export requirements as well as the necessity to provide desalinated water for the manufacturing process.

The project’s other goals include the conversion of local motorized transportation into mobility propelled by environmentally friendly hydrogen fuel, helping to advertise Boa Vista as a sustainable tourism destination. 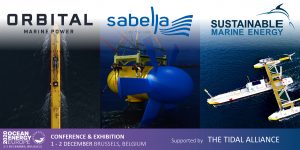