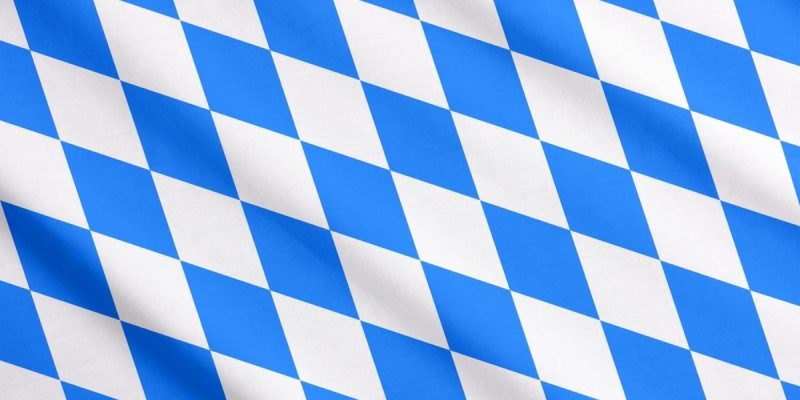 Green hydrogen is to be transported to Bavaria from 2030. Because of the climate crisis and gas shortages, this is a top priority for Bavarian companies. But the schedule appears to be in jeopardy.

Gas network operators are sounding the alarm. Bavaria’s connection to the European hydrogen network could take longer than hoped, warns Stefanie Jacobi of the long-distance network operator Bayernets. The problem, she says, is not technology, but politics. And time is pressing.

Because demand for hydrogen, especially green hydrogen (H2), is high. Because of the climate crisis and gas shortages, industry is insisting on a rapid supply. Bavaria should be connected to the European hydrogen network by 2030. Technically, this is feasible, say the network operators. Existing gas pipelines could be converted into hydrogen transport pipelines.

In the Free State of Bavaria, almost 700 kilometers of gas transport pipelines would have to be converted over the next ten years, and 150 kilometers of pipelines for hydrogen transport would have to be newly built. Regional H2 distribution networks (including municipal utilities) could then be connected to this higher-level hydrogen transport network in addition to large industrial customers. This is the result of a preliminary network development plan of the transmission system operators Ferngas, Bayernets and OEG operating in Bavaria.

Development of the hydrogen network as a core problem
The situation is similar in the rest of Germany. In total, there is talk of around 8,500 kilometers of pipelines that would have to be converted to transport hydrogen. A major energy project. But: “We could also put the first pipelines in Bavaria into operation by the middle of the decade,” says Stefanie Jacobi of Bayernets.

However, there are two important prerequisites for this: First, that hydrogen will then also be available in large quantities. And second, “that we finally get the political mandate to build a hydrogen network. Otherwise, we will not be able to move away from the current pilot projects,” says the hydrogen representative of the long-distance network operator Bayernets.

Veronika Grimm, an economist, also sees the development of the hydrogen network as the core problem. “The hydrogen network must now have top priority,” says the economist from Friedrich Alexander University in Erlangen-Nuremberg in an interview with BR24.

Politicians needed for supply contracts and network expansion
For policymakers, this means that they have to take care of supply contracts with partner countries such as Scotland and Tunisia as soon as possible. Thanks to their large offshore wind farms and solar parks, these countries have the possibility of producing large quantities of green hydrogen and then exporting it.

On the other hand, the German government must give the gas grid operators a concrete political mandate to build a hydrogen grid, Jacobi and Grimm demand. But that also fails because of European directives. “The EU Commission does not want gas grid operators to be hydrogen grid operators at the same time,” says Jacobi. In her view, that’s absurd. After all, the pipelines are already in the ground and could be used. The German government, she says, must therefore lobby the EU as quickly as possible to allow gas network operators to also transport pure hydrogen via their lines.

“Bavaria sits at the end of the food chain”

But the Free State is also in demand, according to network operators. Bavaria’s Minister of Economic Affairs Hubert Aiwanger (Free Voters) would now have to put pressure on the federal government. Because Bavaria sits at the end of the “feeding chain,” as Jacobi says. “Aiwanger must ensure that the Free State is not left behind, that hydrogen is not the last to come to Bavaria.”

Katharina Großmann from the gas network operator Ferngas sees it like her colleague Jacobi. It has not yet been conclusively clarified where all the hydrogen will come from, says Großmann. “Hydrogen will probably land in ports like Rotterdam in the future, and high-consumption consumers upstream on the grid, such as the Ruhr region, will take the hydrogen before it can get to Bavaria.”

If any hydrogen remains at all, it must travel many transport kilometers to southern Germany. If Bavarian companies end up having to pay higher network fees because of this, they will be at a disadvantage compared to industries in northern Germany, which are virtually at the source.

Minister President Markus Söder (CSU) also recently expressed doubts that Bavaria will actually be supplied with sufficient hydrogen by 2030. He rather assumes 2050. CSU Secretary General Martin Huber also warns of delays and criticizes the traffic light government, which “only thinks from north to south”.

Huber says it will take too long before the pipeline network to the south is built and enough hydrogen arrives here. He therefore urgently calls for Bavaria to be connected to the pipeline network “not only from the north, but also from the south” – via Trieste in Italy and Koper in Slovenia. This southern pipeline would supply green hydrogen from Tunisia, for example, where hydrogen could be produced with green electricity from large solar parks. Huber is also calling on Economics Minister Aiwanger to exert more pressure on the German government in this regard.

As a hydrogen advocate he has approached the federal government for years and demanded more speed, the Bavarian Minister of Economic Affairs defends himself. In the beginning he was only laughed at, but in the meantime he is also taken seriously in Berlin. We have to “make our natural gas network H2-ready, i.e. prepare it for hydrogen, and do it very quickly,” says Aiwanger in an interview with BR24.

Aiwanger suggests adding a few percent hydrogen to natural gas already now – with an upward trend. That would already be technically possible today, Aiwanger says. “And every cubic meter of green hydrogen in the natural gas network, would also significantly improve the Co2 balance and you could adjust to the substance.”

In addition, the Bavarian Minister of Economic Affairs now wants to urge potential major hydrogen customers in Bavaria, such as automakers, to place concrete orders. Only then can concrete contracts be concluded with the supplier countries. He had learned this in the spring during his hydrogen trip to Norway. At the time, he said, the Norwegian economy minister asked him to “tell us when you need how much hydrogen and at what price. Then we’ll produce it for you.” According to Aiwanger, if everyone just waits, it will never happen. That’s why it’s now up to the customers.

The economist Veronika Grimm doubts that this will work out as Aiwanger imagines. “If the infrastructure is not built, it is of no use to the economy. Because it can’t then adapt to it,” explains the economic expert. According to Grimm, supply contracts must first be concluded and the expansion of a hydrogen network must get underway.

“It must be foreseeable that this will succeed.” Only then, he says, can industry respond and switch its own production to hydrogen. In Grimm’s view, therefore, politics is needed first. It must provide the framework conditions and ensure a sufficient supply of hydrogen.

The demand is definitely there, confirms the Association of Bavarian Industry (vbw). Wacker Chemie in Burghausen, for example, says it has a demand for 15,000 metric tons of green hydrogen for material use in the company by the early 2030s. Market surveys also show that in addition to large consumers such as chemical companies, more and more medium-sized companies are also registering demand. According to vbw Managing Director Bertram Brossardt, the current energy crisis may even lead to a faster expansion of the hydrogen economy, as natural gas will also be more expensive in the long term than it was in the past.

“This makes the production and use of hydrogen more economical, and rising demand can lead to an acceleration in supply,” Brossardt hopes. The connection to the European hydrogen network from 2030 onwards is urgently needed, he says, in order to adequately supply Bavaria’s strong industrial base.

In addition, Bavarian companies are currently also well positioned in the technological field – “for example, in electrolysis technology or (chemical) hydrogen storage,” adds hydrogen expert Katharina Großmann from Ferngas. This position should not be put at risk.

Greens: Start small instead of waiting for the future

He points to the “Haßfurt showcase project.” In the town in Lower Franconia, surplus wind power is converted into hydrogen by means of electrolysis and the energy is stored in this way. A combined heat and power plant converts this green hydrogen back into electricity. A good example of the decentralized energy turnaround, the Green Party’s energy expert is pleased to report.

In the end, grid expansion remains the most important foundation

However, model projects like the one in Hassfurt are not suitable for supplying Bavaria with hydrogen on a nationwide basis. Bavaria produces too little renewable energy for this, says hydrogen expert Katharina Großmann from the gas network operator Ferngas. To satisfy large customers such as the chemical industry, hydrogen must be imported from abroad and distributed within Bavaria. Thus, there is no way around the construction of a far-reaching hydrogen network.

In the end, there remains a chicken-and-egg problem: The hydrogen supplier countries only produce on order. The companies only order when they are sure that everything will work out with the delivery. Delivery will only work if there are enough pipelines. And there won’t be any hydrogen pipelines until the politicians order them from the gas network operators.

BayWa to build photovoltaic plant for hydrogen production in France