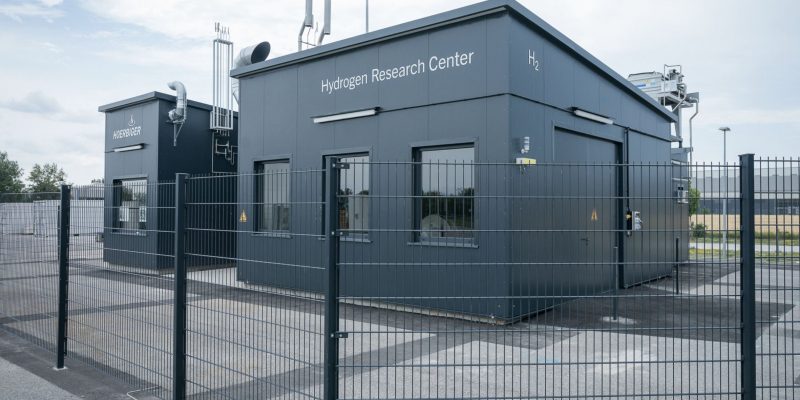 Vienna’s objective of being a CO2-free city by 2040 calls for a variety of activities and suggestions. “We are well aware that transitioning away from fossil fuels is not an easy process.

It’s much nicer when you can provide potential alternatives, one of which is Wiener Stadtwerke’s hydrogen plan “At the Aspern signing of the technical collaboration between Wiener Netze, Wien Energie, and HOERBIGER, Peter Hanke, City Councilor for Economic Affairs, highlights.

Wien Energie is constructing a hydrogen-producing facility at the Wiener Netze site in Simmering by the end of this year, after the collaborative construction of a hydrogen filling station for buses in Leopoldau, which is currently being utilized by Wiener Linien. The recently concluded technical agreement with HOERBIGER provides the compressor package necessary for effective and dependable refueling. “Here in our H2 test center, the performance-defining tests of the prototype’s valves, which will be utilized in the Wien Energie and Wiener Netze plant, are now in full swing. The components created by HOERBIGER help the compressor function especially dependably and effectively, according to Wolfgang Sautter, Head of the Compression Division at HOERBIGER. “Due to the high pressure needed—up to 1,000 bar—for emission-free mobility, compressing hydrogen is a technically challenging process. For this demanding application, compressor components must not only be dependable and effective but also competitively priced. In our research center, we are addressing this “explains Markus Digruber, Director of Compression at HOERBIGER’s Innovation and Business Development Division.

“I am pleased to announce the official formation of technical cooperation between the Austrian firms HOERBIGER, Wien Energie, and Wiener Netze. A win-win situation results from collaborative research. not just for the parties involved, but also for Vienna and her residents. Every person should make an investment in sustainable technology, as well as the following generation. During a visit to HOERBIGER’s H2 test center in the city on the Danube, City Councilor Peter Hanke highlights that the technology alliance will also result in the creation of employment.

“We value the technical cooperation with HOERBIGER since it enables us to employ Austrian-developed technology while also saving money during the test phase. We collaborate closely and anticipate doing cooperative research at the upcoming H2 production facility in Simmering “explains Helmut Meixner, project manager for hydrogen at Wiener Netze.

As early as 2023, hydrogen will be generated in Simmering at the Wiener Netze plant. “We are one step closer to achieving carbon neutrality in 2040 thanks to green hydrogen “Made in Vienna.” The ability to effectively employ and further develop novel technologies in order to further optimize the use of hydrogen depends on cooperation, which is a key building component “Michael Strebl, the CEO of Wien Energie, adds.

By the end of 2024, Wiener Linien plans to use the hydrogen generated to power 10 hydrogen buses on bus route 39A from Heiligenstadt to Sievering. In 2023, the first five buses will arrive, followed by the next five in 2024. Vienna’s hydrogen may also be used for combined heat and power plants and fed into the gas network for industry and commerce, in addition to transportation.

The primary partner in the city’s climate preservation efforts is Wiener Stadtwerke and the firms in its group. No other corporation has the same influence when it comes to achieving substantial advancements toward carbon neutrality. By 2026, Wiener Stadtwerke will invest EUR 6.2 billion, 91% of which will be in environmentally beneficial projects.