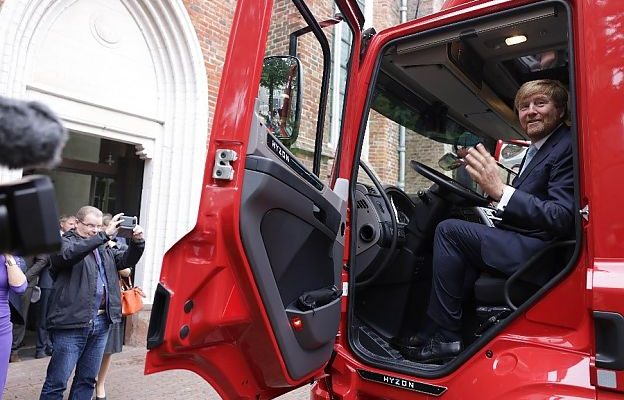 The King of the Netherlands, Willem-Alexander, had the opportunity to look into the future in Groningen.

He was particularly interested in the utilization of hydrogen as a new source of energy. He also took the wheel of a hydrogen automobile manufactured in Groningen, which he used to inaugurate a symposium on hydrogen energy.

In Groningen on Thursday, energy experts from the Netherlands and abroad gathered for a conference on hydrogen dubbed ‘Wind Meets Gas’, which brought together around 400 participants. The symposium was officially inaugurated by King Willem-Alexander of the Netherlands.

The King of the Netherlands, Willem-Alexander, delivered the keynote address at the 5th Wind Meets Gas symposium in Groningen today. On the invitation of the New Energy Coalition, about 400 energy professionals and policymakers from throughout the country and across the world will gather over two days to collaborate on the development of a sustainable energy system based on green hydrogen. The morning program was attended by the King. It is an initiative of the New Energy Coalition that hosts the annual symposium, which examines the most recent advancements in the transition to a green energy system in the near future.

Renewable energy experts and policymakers from the private sector, academic institutions, and the government gather every year at Wind Meets Gas to discuss developments in the energy transition in relation to hydrogen, ranging from large-scale application and system integration to education and the labor market, and everything in between. In recent years, green hydrogen (hydrogen) has gained widespread recognition as a critical component of the world’s future sustainable energy system. On the main stage of this year’s symposium will be a presentation on “The North Sea Energy Issue and Connecting Hydrogen Valleys.”

The Coalition for New Energy

The New Energy Coalition is a network of academic institutions, businesses, governments, and non-governmental organizations (NGOs) that are working together to accelerate the transition to a more sustainable energy system. The organization serves as a link between knowledge, the market, and policy. The New Energy Coalition has its roots in the Northern Netherlands, where a wealth of energy expertise has historically been concentrated, and where there is a robust energy infrastructure, according to the organization. The alliance focuses on energy innovations, research, and education from a position of strength in the knowledge base. The region as a trial ground with a global reach is being considered.